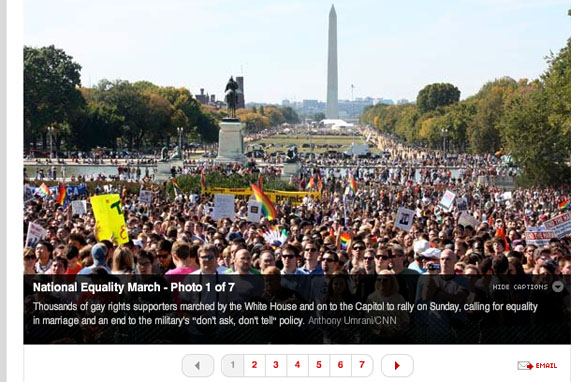 Judy Shepard stood before a massive crowd at the Capitol on Sunday for a single, painful reason.

"I'm here today because I lost my son to hate."

Her gay son, Matthew Shepard, was kidnapped and severely beaten in October 1998. He died five days later in a hospital.

More than 10 years later, Judy Shepard addressed the thousands of gay rights activists in Washington who wrapped up Sunday's National Equality March with a rousing rally at the Capitol. iReport.com: See photos from the march

Click here to keep reading and view the photo gallery...