New York City Mayor Michael R. Bloomberg performs with members of the Frank Sinatra School of the Arts at the 2009 Mayor's Awards For Arts & Culture on October 6, 2009 in New York City. 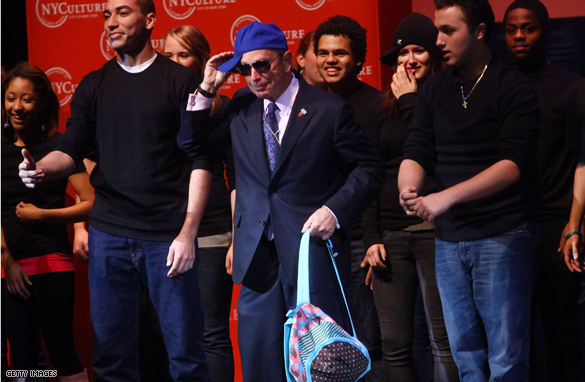 “I like big bucks and I can not lie…”