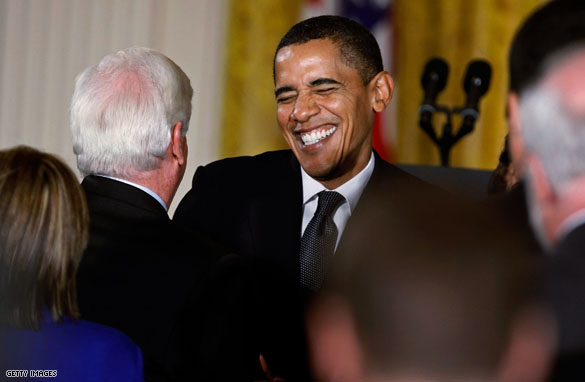 "President Obama smiles as he is informed he’s been named Super Bowl Champion, winner of the World Series and Miss Universe."