Michael Jordan jokes around with former President Bill Clinton during practice for The Presidents Cup at Harding Park Golf Club on October 6, 2009 in San Francisco, California. 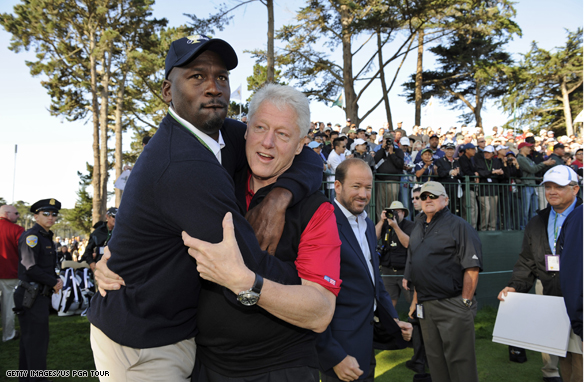 "Jordan grimaced as he realized he was hugging the wrong Clinton…"