Interactive: Who has Obama’s ear on Afghanistan? 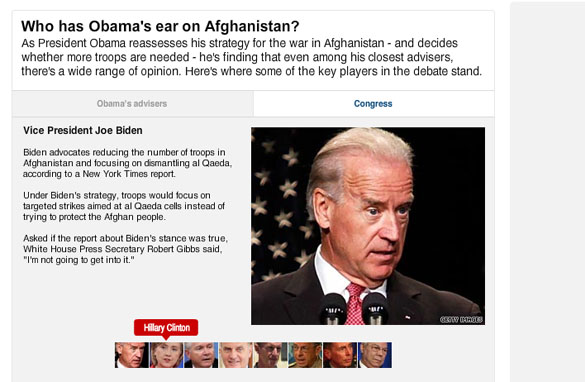 The flag-draped coffins of at least four U.S. soldiers killed during a weekend onslaught against a U.S. military outpost in Afghanistan were scheduled to arrive Tuesday at Dover Air Force Base in Delaware, the military said.

Coverage of the troops' return is allowed with the permission of their families under a policy the Obama administration instituted this year.

Click here to keep reading and find out where some of the key players in the debate stand...