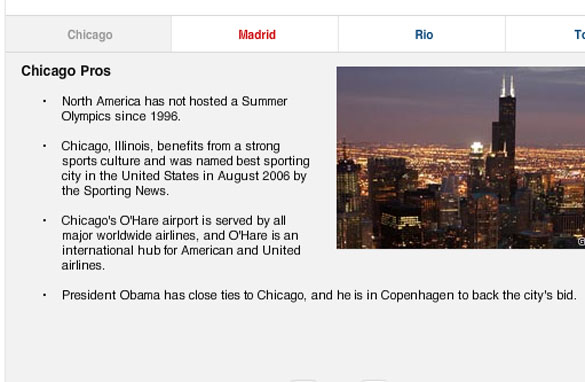 From hot dogs in the American heartland to the sexy samba on South American beaches, from traditional Kabuki theater amid high-tech modernity to European culture and sophistication, four international cities hope to showcase what they have to offer the world on the Olympic stage.

Go here to see an interactive of profiles of all of the cities making a bid.