Venezuelan President Hugo Chavez looks up during the 64th General Assembly at the United Nations in New York September 24, 2009. 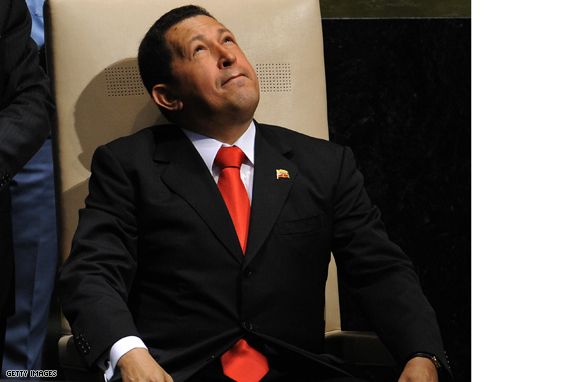 "Thank goodness they're showing Jerry Springer on the overhead monitors while Gadhafi is STILL speaking."

"Hope this doesn’t go on too late, I want to get back in time to see Jon and Kate plus 8."