Soldier: “Do they realize we're still over here?"

I remember shuffling through moondust up to my knees in Helmand Province when a U.S. Army combat medic turned to me and said, “If I ask you something, do you promise you’ll be honest?” I nodded yes. “Do people back home still think about us? Do they realize we’re still over here?”

Truth is, while most of America might know that 62,000 U.S. military personnel are in theater, they apparently aren’t happy about it. A recent CNN/Opinion Research poll found that support of the war in Afghanistan has hit a new low. Only 39 percent favor U.S. military action in Afghanistan.

Dr. Sanjay Gupta and I recently embedded with U.S. Army combat medics in Afghanistan. I slept where they slept, ate what they ate, and followed them day in and day out. Their job is to rescue and triage injured soldiers at a moment’s notice. They are always ready. They even sleep with their shoes on.

It didn’t take long for me to realize that these soldiers were no different from the factory worker in middle America. Both work tirelessly in their jobs, both want to succeed, both want to provide for their families. And despite the echoes of mortar fire over their shoulders, extreme heat and no communication with loved ones – I never heard the soldiers complain. I watched the medics save countless lives: sons and daughters, husband and wives from all around the world. Why? It’s their job.

So as I looked in the eyes of that U.S. soldier – the one who feared America might have forgotten about him – I realized my job is to not only report on the medical military operations but also to highlight the courageous stories of those risking their own lives to save others in Afghanistan.

I am back home now…and yes, I still think about them. 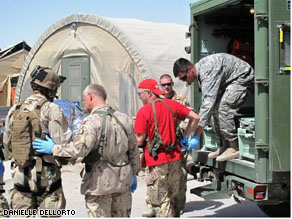 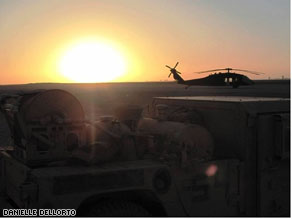 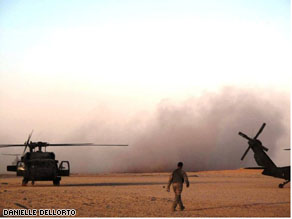 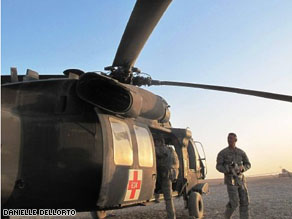 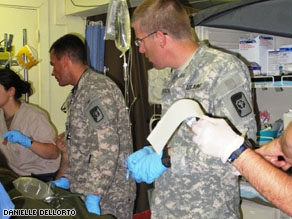