President Barack Obama jokingly attacks Olympic fencer Tim Morehouse during a fencing demonstration on the South Lawn of the White House promoting the city of Chicago’s bid for the 2016 Summer Olympics. 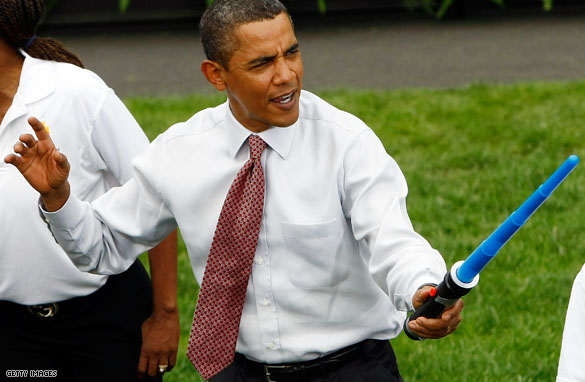 “Now I’m not one to dwell in the past, but you know in the good old days, when a President’s honor is insulted, he would challenge them to a duel.”