[cnn-photo-caption image=http://i2.cdn.turner.com/cnn/2009/images/09/10/art.ac.afghan.marines.jpg caption="U.S. Marines listen to a brief before heading out on patrol in Helmand Province."]

It’s the question you’re asked around here a lot. Before getting into a helicopter, before going out on patrol with a new unit. "What's your blood type?"

The Marines have their blood type sewn into the patches they wear along with their name and rank. Many write it in black marker on the band of their goggles. I know some guys who even have it tattooed on their chests, just above their heart. Blood types are displayed prominently in case something goes wrong – in case they get hurt. Doctors can treat them faster in an emergency if they know what blood type to use. At first, the question surprised me, now it’s just a routine part of the introduction.

When you’re an embedded reporter moving from base to base, you meet new Marines all the time. At first some are wary of reporters, but go out on a foot patrol with a platoon for several hours in a combat zone, and very quickly the wariness breaks down, especially when they see you don’t have an agenda.

"My wife emailed me," one Marine said to me this morning. "She said you're reporting the real stuff we're doing here. Thanks." He made my day.

END_OF_DOCUMENT_TOKEN_TO_BE_REPLACED

Tonight we have new insight on the congressman who called Pres. Obama a liar last night as he spoke to Congress. Who is Rep. Joe Wilson? We've got the raw politics. Plus, on the eve of the 9/11 anniversary where is Osama bin Laden? 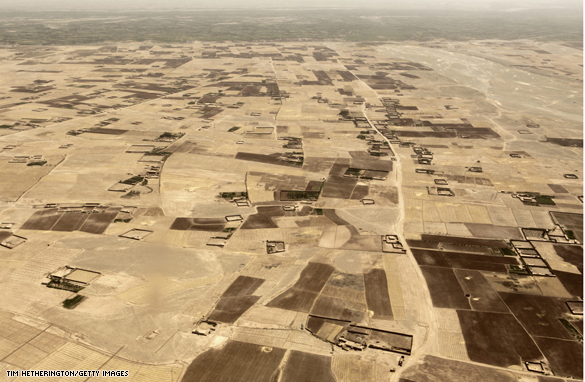 Photojournalist Tim Hetherington is in Afghanistan traveling with Anderson and the rest of the crew. Together they are reporting from the front lines in the war against the Taliban.

Go here to watch and listen to his audio slideshow. 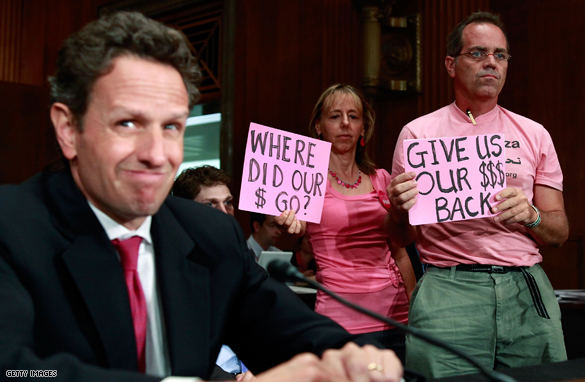 Why we don't heckle the president

When I worked in the House of Representatives in the mid-'90s, Congressional Republicans grew enamored of the idea of replicating the tradition of "Question Time" that was popular in the British House of Commons.

C-SPAN had just started broadcasting "Question Time", where the British prime minister thrusts and parries with colleagues on the other side of the aisle, while hoping for supportive statements from those on his side of the aisle.

It seemed like a lot of fun, most of all because the party out of power could show their disdain for the government's leader in no uncertain terms, and best of all, face-to-face.

[cnn-photo-caption image=http://i2.cdn.turner.com/cnn/2009/WORLD/meast/09/10/lebanon.hariri/art.hariri.afp.gi.jpg caption="Saad Hariri said he will discuss taking the position of Lebanon's prime minister with his allies."]

The news out of Lebanon today was loud but not clear. Prime Minister-designate Saad Hariri “declined” to form another cabinet after his proposed one was rejected by the country’s opposition. He “quit,” according to news wires; others wrote that he “stepped down” and he “resigned.” Still, others described the Lebanese billionaire’s decision not to submit another cabinet line-up as “giving up.”

With very few exceptions, the summary of a critical moment in Lebanon’s complex political landscape was reduced to an underlying message that Hariri is a “loser” who “failed” to form a national unity government. A natural expectation follows that now someone else will “succeed” where Hariri “failed.” But, anyone with good knowledge of Lebanon – its regional role and its stature in the world – should know better.

The same groups who wanted us to believe that the Hezbollah-backed opposition was heading toward a clear win in Lebanon’s parliamentary elections in June, want us to believe today that Saad Hariri is “quitting” and “stepping down” or “resigning” from forming a government.

The fact is that Saad Hariri is only the Prime Minister-designate. That means he becomes Prime Minister only when his cabinet gets approval from President Michel Sleiman and then the vote of Lebanon’s parliament. According to the constitution, the Premier-designate can present as many cabinet combinations as necessary to secure all approvals.

END_OF_DOCUMENT_TOKEN_TO_BE_REPLACED

Video: How did Obama do?

Simmer down Congressman Wilson, the Confederacy has been dissolved, the Civil War is over, and your side lost. Like it or not, he is your President too.

Now, on to other news.

While I doubt that the President’s speech will change the tone in Washington, I hope it will at least change the subject from the absurdities about “death panels” and other such nonsense to the truly important fiscal issues implicated by reform. (I don’t know if Eric Cantor and the rest of the GOP’s “dream team” will be able to follow that conversation – engrossed as they were in their Blackberries during such a critical address by the President of the United States – but one can only hope.)

Like many, I am fascinated by the numbers. The President said that he would not sign any reform package that added to the federal budget deficit, yet analysts already have disputed that assertion, maintaining that the only way the current reform proposals can be considered “budget neutral” is if one embraces Washington’s fuzzy math. Similarly, the Congressional Budget Office disputes one of the key economic assumptions underlying reform, namely, that increasing access to preventive care will ultimately bring down costs in the long run (according to the CBO, the increased utilization of resources may ultimately increase, rather than reduce, expenditures on medical care).