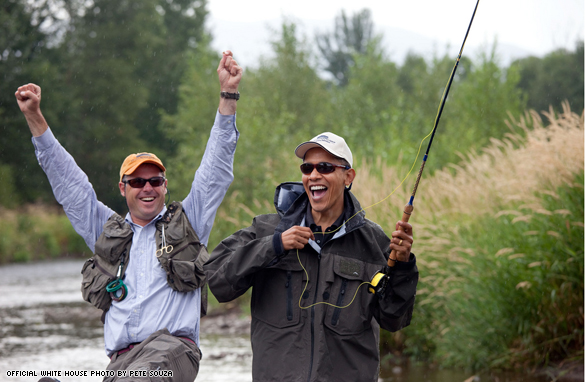 "President Obama reacts to the news that Dick Cheney was not duck-hunting anywhere nearby."

“Hey, I almost hooked that Republican on health care!”