Photo Gallery: The Obamas on vacation

Program Note: Tune in tonight to hear more about presidential vacations from Erica Hill on AC360° at 10 p.m. ET.

President Obama is on vacation with his family in Martha's Vineyard. On his first official day of R&R he played golf and went up against his wife in a tennis match.

White House spokesman Bill Burton told reporters that it remains a secret who won. As for the rest of the week, Burton offered few details, saying the president himself doesn't even have a particular schedule. He did take a break to make some news today, to announce his plans to nominate Ben Bernanke to a second term as head of the Federal Reserve. Take a look at these photos from his vacation. 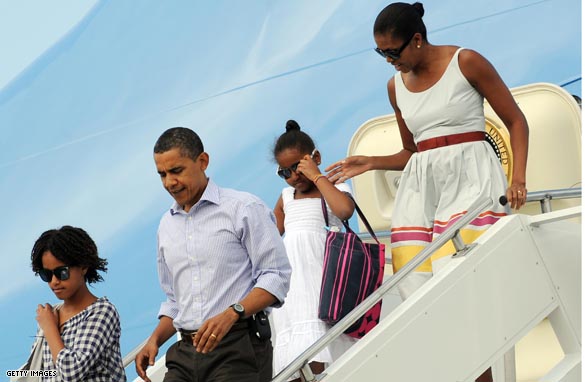 President Obama and his family disembark Air Force One to begin their vacation in Martha's Vineyard. 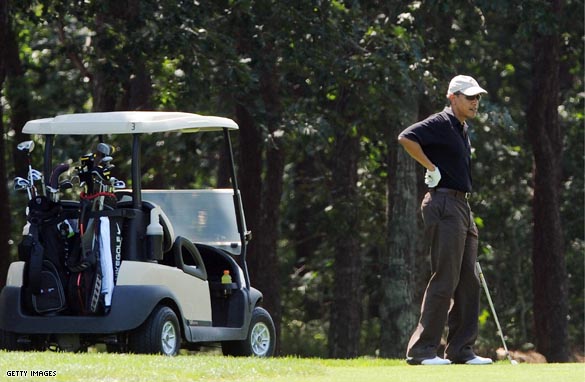 The President had a busy golf schedule on day one. 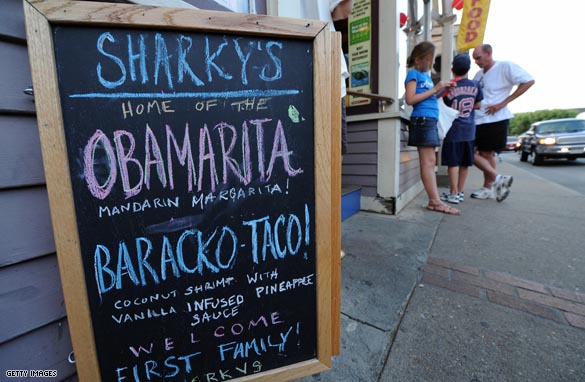 Local establishments go all out to welcome the first family. 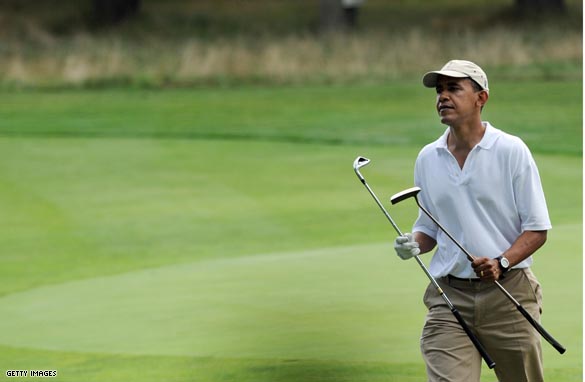 President Obama hits the course on day two of his vacation. 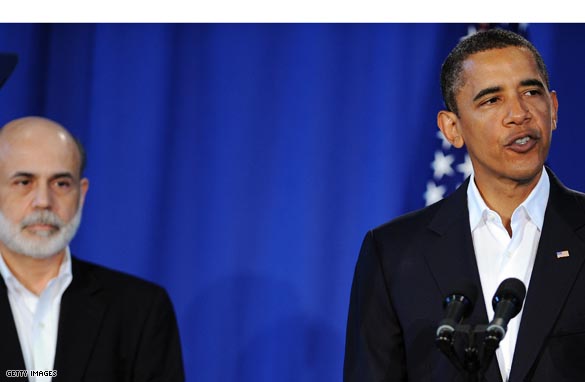 He did take a break to make some news on Tuesday, to announce his plans to nominate Ben Bernanke to a second term as head of the Federal Reserve. 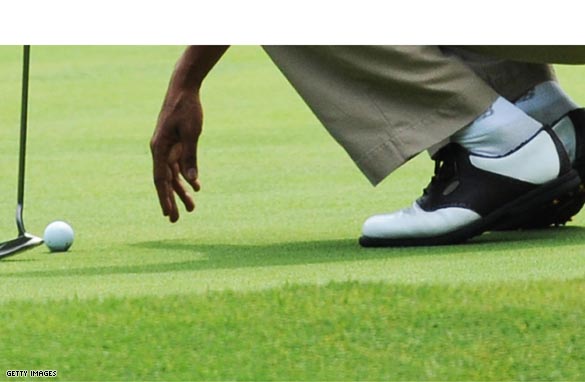