Zack Neil rides his ash tray bike in down town Amsterdam on August 19, 2009 in Amsterdam, Netherlands. Zack Neil informs inhabitants and tourists about the negative effects of cigarette butts and chewing gum on the environment. The Central Amsterdam government has recently started with this awareness campaign and in the Dutch city of Rotterdam the 90 euro (128 US Dollars) fine has occasionally been handed out. It takes more than 10 years to break down a cigarette butt and up to 50 years for chewing gum. (Photo: Michel Porro/Getty Images) 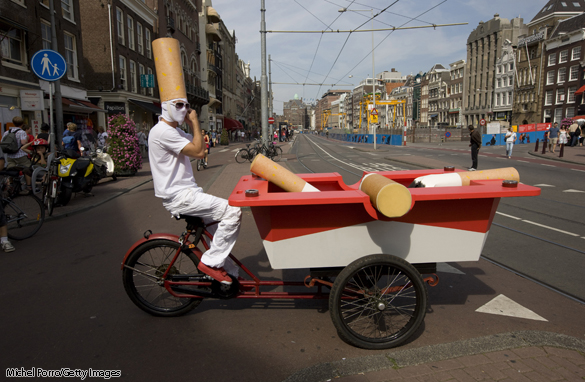 Michael Kajdas, Chicago
I’d ask for a light but I don’t want to make an ash of myself.