Two men compete during the traditional German 'Fingerhakeln' championships on August 15, 2009 in Garmisch-Partenkirchen, Germany. Two opponents sit on a table and hook their middlefingers into a leather ribbon and try to pull the other one over the table. (Photo by Miguel Villagran/Getty Images) 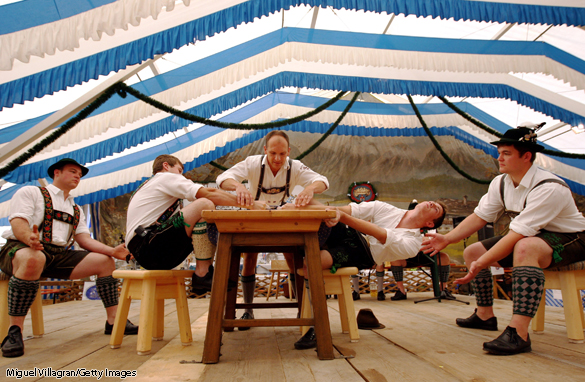 Wolf Blitzer invites cnn co-workers over for games and sauerbraten