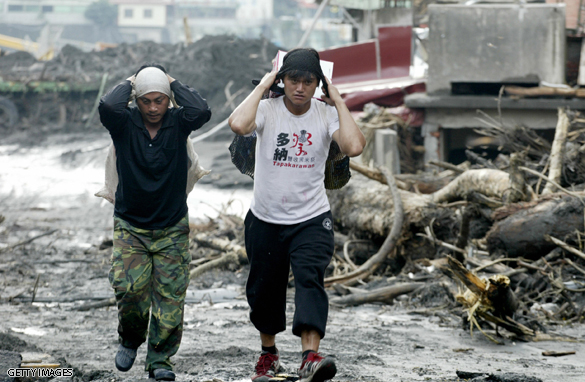 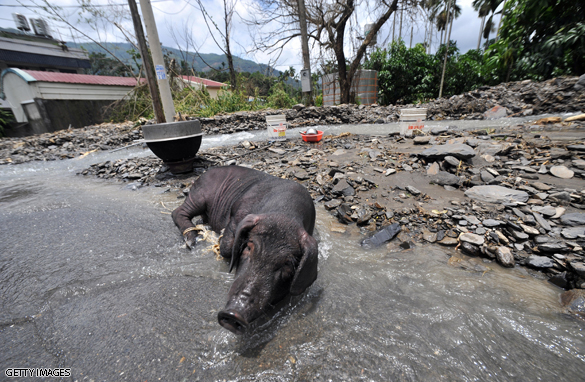 An escaped pig caught by local residents lies along a stream of water flowing along a road in Liukuei, in the typhoon devastated area of Kaohsiung county, southern Taiwan. (Photo by Sam Yeh/Getty Images) 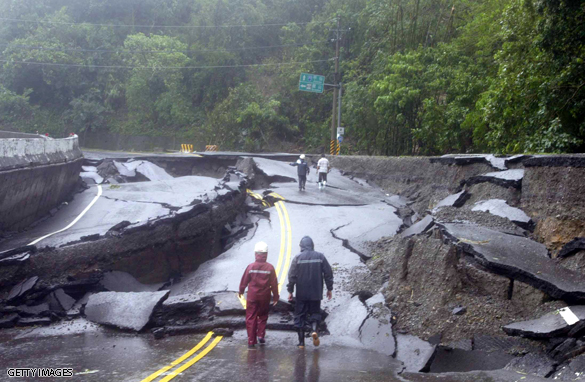 Storm damage is inspected in the aftermath of Typhoon Morakot. (Photo by unioncom/ChinaFotoPress/Getty Images) 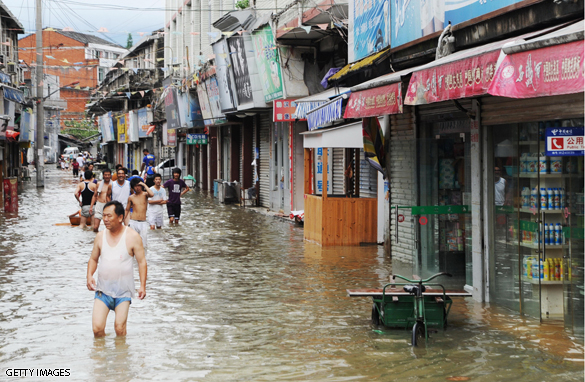