A Beatles tribute band pose for photographs as they walk on the zebra crossing used in the photoshoot for the Beatles album Abbey Road outside the Abbey Road Studios in London. Fans of the Fab Four flocked to the most famous pedestrian crossing in Britain for the 40th anniversary of the taking of one of the greatest images in rock 'n' roll history. (Photo credit : Leon Neal/AFP/Getty Images) 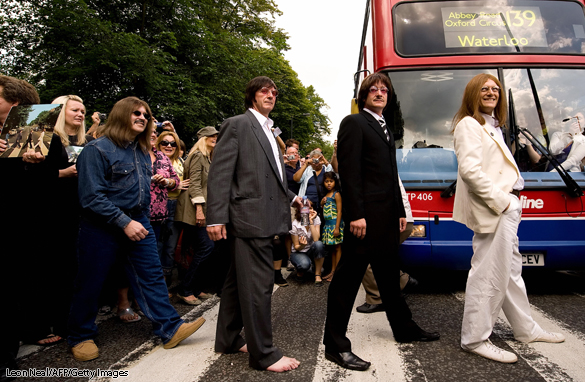 All they need is love, and a fitness regime.