For Obama, around the world in 200 days

Before Barack Obama was elected president, he promised to restore America's stature in the world by meeting with world leaders. During his first 200 days in office, he has spent a good deal of time abroad, traveling to a total of 14 countries. To see where he's been, check out the map below. The number on each location tells the day in office on which the President visited that location. Full listings of locations are below the images. 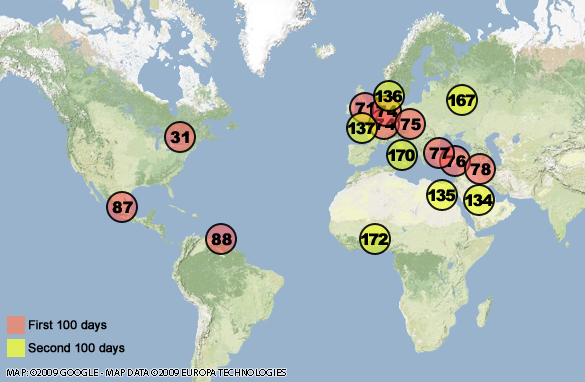