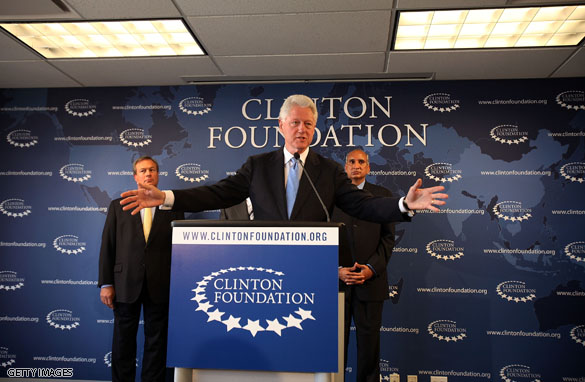 Kim Jong Il is a strange guy. I mean, come on, who uses a toothbrush this big?

It doesn’t take a village, it takes a Clinton.