The real story of the Uighur riots

When the Chinese government looks back on its handling of the unrest in Urumqi and East Turkestan this week, it will most likely tell the world that it acted in the interests of maintaining stability. It will most likely forget to explain why thousands of Uighurs risked everything to speak out against injustice, or why hundreds of Uighurs are now dead for exercising their right to protest.

On Sunday, students organized a protest in the Döng Körük (Erdaoqiao) area of Urumqi. They wished to express discontent with the Chinese authorities' inaction on the mob killing and beating of Uighurs at a toy factory in Shaoguan in China's southern Guangdong province and to express sympathy with the families of those killed and injured.

[cnn-photo-caption image=http://i2.cdn.turner.com/cnn/2009/WORLD/meast/07/05/iran.election.moussavi/art.moussavi.filer.afp.gi.jpg caption="“The regime likes to defend its religious practices,” says close confidant of Mir Hossein Mousavi (above). The practice of Itikaf allows Muslims to refrain from appearing at work, without facing any consequences"]

A massive sandstorm swept into Tehran Monday morning, blanketing the streets in a dark and dreamy haze. The tops of buildings, where, last night, the protest calls of “God is great!” rang out for the 21st consecutive day, are barely visible. Most of Tehran’s bustling downtown appears abandoned. The air quality is so bad that people say it is difficult to breathe. An eerie calm has descended upon the city.

Perfect weather for a strike.

Monday is the start of an unusual three-day Islamic holiday called Itikaf. Sometimes translated as “seclusion” or “retreat,” Itikaf is a time when particularly pious Muslims cloister themselves inside homes or mosques for a period of intense prayer and deep spiritual reflection. It is a practice that the Iranian regime has long encouraged the country’s citizens, particularly the youth, to take part in, usually without much success. 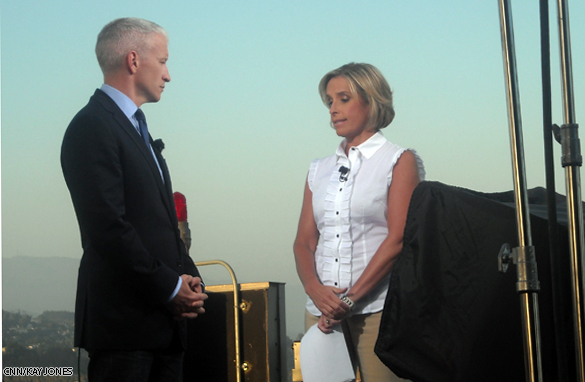 Anderson Cooper and Randi Kaye on the roof of CNN's Los Angeles bureau. 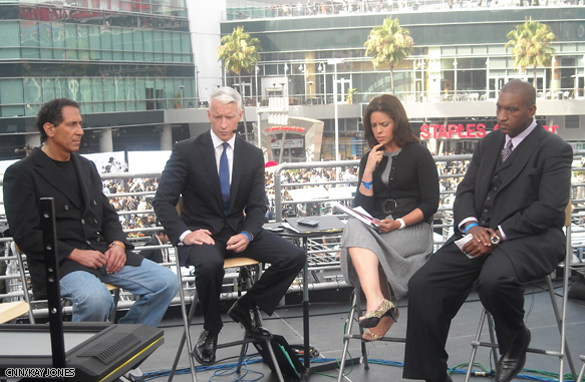 END_OF_DOCUMENT_TOKEN_TO_BE_REPLACED

Editor's Note: Tuesday night’s AC360° feedback focused on the coverage of Michael Jackson’s memorial service. Viewers wrote in to commend Anderson and CNN for the continued coverage, while others criticized the show for giving Michael Jackson more airtime. Take a look at some of what we heard. We’d love to know what you have to say:

Thank you, Anderson, for having a POSITIVE coverage of Michael Jackson's memorial. The negativity that plagued CNN earlier today made me sick. I am so glad that you are showing respect to his talent and the beautiful things Michael contributed to the entertainment industry.

My deepest gratitude to CNN, for giving me the opportunity to be at Michael Joseph Jackson's Memorial, from my home. Michael's spirit will shine forever in this vast universe.

I thought it was amazing for CNN to show the complete coverage of Michael Jackson's celebration of life without commercials. In this day of shaky economics, that must have cost a lot without any sponsorship revenue to help cover the cost. My hats off to CNN.