The shot: squirrel in blouse?

Anderson on the roof in L.A.

Editor's Note: Anderson is in Los Angeles covering the latest developments in the Michael Jackson story. Last night he spoke to a number of people, including a nurse practitioner who claims she treated Jackson and Dr. Sanjay Gupta who weighed in on the medical investigation. Tune in tonight for more and check out these pictures taken on the roof of the LA bureau. 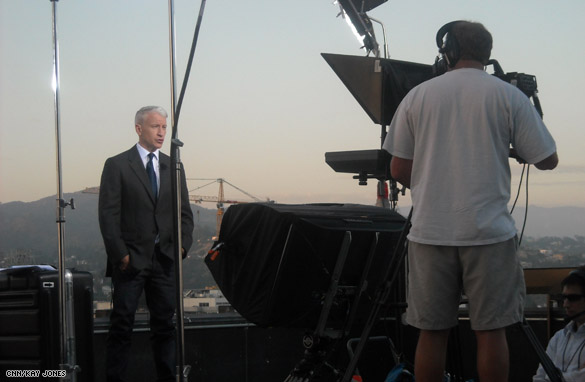 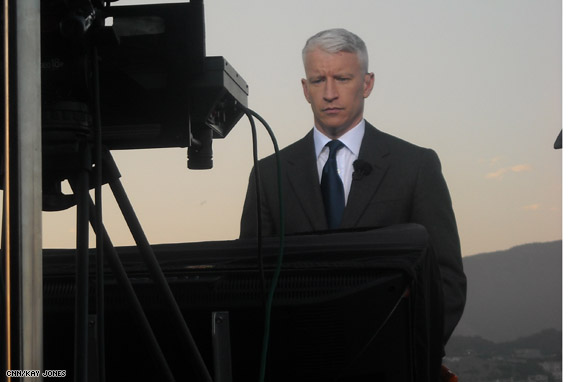 END_OF_DOCUMENT_TOKEN_TO_BE_REPLACED

Editor's Note: Tuesday night’s AC360° viewers continued to comment on the Michael Jackson coverage. Many of you expressed disappointment in the amount of coverage dedicated to Michael Jackson, requesting more focus on Iran and Honduras. Several viewers questioned whether nurse Cherilyn Lee should be fined by HIPAA [Health Insurance Portability and Accountability Act of 1996] for revealing patient information, while others think she is looking for her fifteen minutes of fame. Take a look at some of the comments we received and share YOUR thoughts, too:

Enough of Michael Jackson! Every time I've tuned into the show since Thursday, you are covering Michael Jackson. This is four days! We're pulling out of Iraq, there's Iran, Pakistan, Afghanistan, North Korea, etc. and all you can cover is Michael Jackson. I've lost a lot of respect for the show.