America's High: The case for and against pot 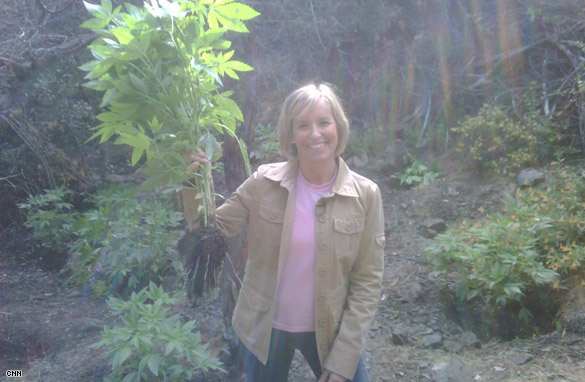 Editor's Note: Starting on Monday we'll be taking a close look at marijuana and its use in the United States. Is there a case for legalization? We traveled around the country, met with people on all sides of the issue, walked through medical marijuana dispensaries and got a clear idea of the different kinds of marijuana out there.

And what about using marijuana for medical purposes? Hear Melissa Etheridge's take on the issue. She says it helped her through her battle with cancer. But there's the other side too. We will speak to a 34-year-old teacher who is bi-polar who used marijuana for treatment but says it ruined her life. She tells Randi Kaye why she thinks marijuana is addictive and how she says the drug nearly killed her.

Tune in for the AC360° special report, 'America's High: The case for and against pot,' starting Monday at 10 p.m. ET. What do you think about the issue? Post your questions and we'll try to answer them this week.