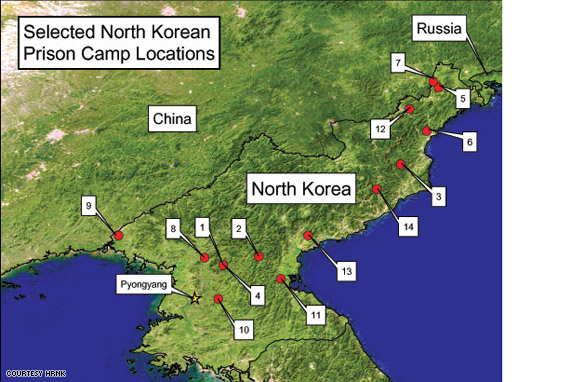 A map of North Korean prison camps, published by the U.S. Committee for Human Rights in North Korea. According to the committee, up to 200,000 people are believed to be imprisoned without due process, under inhumane conditions, for political reasons; and an estimated 400,000 have died in such camps.