[cnn-photo-caption image=http://i2.cdn.turner.com/cnn/2009/WORLD/asiapcf/05/27/lahore.blast/art.blast.scene.afp.gi.jpg caption="The scene of an apparent suicide car bomb attack on a police building in Lahore on May 27."]

Three suspects were arrested after an explosives-packed van reduced a police building to rubble Wednesday in eastern Pakistan, killing 24.

The morning attack in Lahore - Pakistan's second-largest city - also wounded more than 250 people, most of them police officers and staffers, authorities said.

Immediately after the blast, police arrested two of the suspects, said City Commissioner Khusro Pervez. Local television showed the men being led away by officers.

Sir Ganga Ram hospital, which was damaged by the explosion, was treating 128 victims.

Authorities expected the death toll to rise as rescue workers picked through twisted metal and other debris from the building, looking for more bodies.

Tonight on 360°, signs that recession could be over by the end of the year. That's what a group of leading economists believe. But there is a sobering report out of Detroit on the fate of GM. CNN's Ali Velshi will have the details. Got a question on the economy and your money? Text 360° at 94553. Please be sure to include the letters AC and your name and location in the text.

Scroll down below to join the live chat during the program. It's your chance to share your thoughts on tonight's headlines. Keep in mind, you have a better chance of having your comment get past our moderators if you follow our rules.

Once the questionnaire is completed and returned to the Committee, copies will be made available online and in print.

Take a look at the questionnaire here. 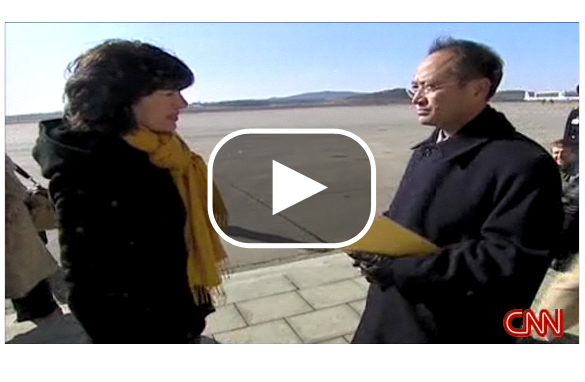 Christiane Amanpour makes an historic visit to one of the world's most closed societies. Tune in for the full report tonight at 11 p.m. ET.

When North Korea conducted a nuclear test in 2006, Secretary of State Condoleezza Rice promised tough consequences for North Korea's actions but said the door was still open for negotiations.

Secretary of State Hillary Clinton said pretty much the same thing last month when North Korea lobbed a long-range rocket, prompting fears that it could hit Japan or even Hawaii.

The broken record was replayed this week when President Obama called for "stronger international pressure" after North Korea turned pyrotechnics into an extreme sport, with an apparent nuclear test followed by a series of missile launches.

Fifteen years after the Clinton administration signed the Agreed Framework, essentially bribing North Korea to give up its weapons program with a nuclear power plant, the U.S. has been riding a merry-go-round of deal-making, provocation and punishment with the North.

Program Note: Tune in tonight to hear more on the the reaction to the California Supreme Court's ruling on Proposition 8 tonight on AC360° at 10 p.m. ET.

For the last decade, the battle over same-sex marriage and other rights for gay couples has been hard fought in U.S. courts and legislatures and at the ballot box. Use this map to view milestones in the fight and how state laws have changed since 2000.

Check out this interactive to see a time line of the same-sex debate.

[cnn-photo-caption image=http://i2.cdn.turner.com/cnn/2009/images/05/27/sotamayor-smile-obama-announce.jpg caption="Judge Sonia Sotomayor with President Barack Obama after announcing her as his Supreme Court nominee"]
The news is only a day old and, already, I have issues with the coverage.

Issue one: Barack Obama did not pick judge Sotomayor just because she is Puerto Rican or female.

The president picked her, first and foremost, on merit. The woman went to Princeton on scholarships, graduated summa cum laude; she then went on to Yale Law School where she edited the Yale Law Journal. The story of her life journey, including the fact that Sotomayor comes from the projects, only serves to underscore her intellectual prowess, as do her race and gender, since she came up at a time when few women of color went to law school at all. The bottom line: Judge Sotomayor is more qualified than any of the current justices were at the time of their appointments.

Kibabu the silverback gorilla enjoys a lettuce on his 32nd birthday in his habitat at Taronga Zoo in Sydney on May 25, 2009. 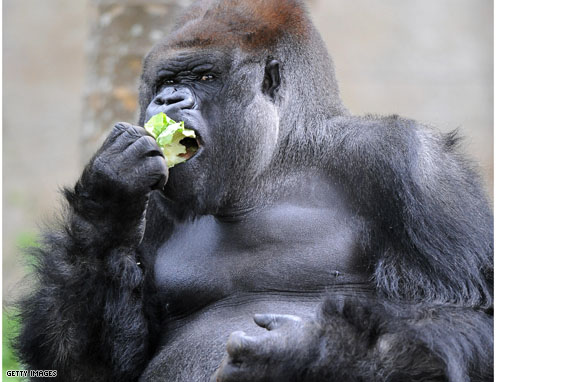 There's more tough talk between the U.S. and North Korea. The government in Pyongyang is threatening military action against U.S. and South Korean warships. While in Washington, Hillary Clinton warned North Korea of "consequences."

"It has ignored the international community, it has aggravated the obligations it entered into through the six party talks, and it continues to act in a provocative and belligerent manner toward its neighbors, " Clinton said.

All this comes after North Korea conducted a nuclear test and fired five short-range missiles earlier this week.

Tonight, we'll talk about the showdown with Ret. Gen. and CNN Military Analyst David Grange and former CNN correspondent Mike Chinoy, an expert on North Korea and author of "Meltdown: The Inside Story of the North Korean Nuclear Crisis."

Plus, don't miss Randi Kaye's report on leader Kim Jong-Il's motives. The "Dear Leader", as North Koreans call him, is believed to have suffered a stroke last year. He's now looking frail and thin. Who would be his likely successor? Randi has that, as well.

Do you think the Obama administration is being tough enough with North Korea? Sound off below.

And, in our second hour tonight we'll bring you  "Amanpour Reports: Notes from North Korea." CNN's Christiane Amanpour traveled to North Korea last year to witness how it destroyed some of its nuclear capability. Her insight on the country is remarkable.

Join us for these stories and much more starting at 10pm ET.
See you then!