What's a National Park? Check out this interactive map

Editor's Note: Congress today sent to President Obama a bill that makes it tougher for credit card issuers to raise fees and interest rates. The move caps a years-long crusade by consumer groups and Democrats, CNNMoney reports. The approval came despite objections by banking industry advocates. The bill includes an unrelated measure allowing people to carry guns into national parks. So what exactly is a national park? Check out this interactive map. 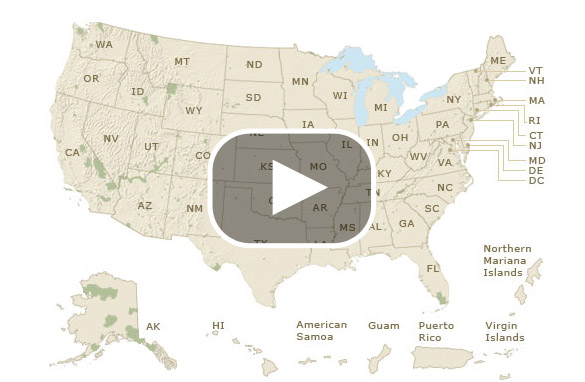 How many areas are there in the National Park system?
The National Park System comprises 391 areas covering more than 84 million acres in every state (except Delaware), the District of Columbia, American Samoa, Guam, Puerto Rico, and the Virgin Islands. These areas include national parks, monuments, battlefields, military parks, historical parks, historic sites, lakeshores, seashores, recreation areas, scenic rivers and trails, and the White House. Learn More about National Park Designations.