Program Note: Tune in tonight to hear more on the status of the H1N1 influenza from Dr. Sanjay Gupta on AC360° at 10 p.m. ET. 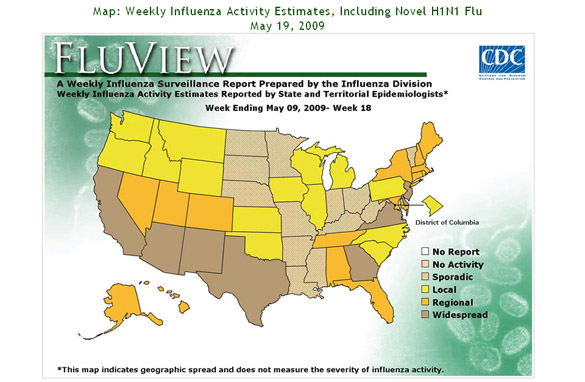 Commonly known as swine flu, the outbreak has sickened 9,830 people and caused at least 79 deaths - mostly in Mexico, the organization said. The actual number of people affected may be higher, as it takes time for national governments to confirm cases and report them to the global body.

In the United States, at least 5,469 cases of swine flu have been reported, according to the latest figures from the Centers for Disease Control and Prevention. The CDC has linked six deaths to the outbreak; health officials in New York have connected a seventh death to the disease.

Go to the CDC site to find more information about the H1N1 outbreak, by location.