Former Georgia Rep. Bob Barr said Saturday it’s hard to “overestimate the damage” that’s been inflicted on the Republican Party — not only with this week's defection of Sen. Arlen Specter, but also the “lack of any coherent philosophy, vision or leadership.”

“The Republican Party is in very deep trouble right now,” Barr said in an interview with CNN.

Barr, who was once a loyal soldier in the GOP, joined the Libertarian Party in 2006 and was the party’s presidential candidate in 2008.

The ex-Republican said he doesn’t feel like he relates to Specter's reasons for switching to the Democratic Party. “Where I came from there really was a philosophical basis for leaving the Republican Party,” Barr said. 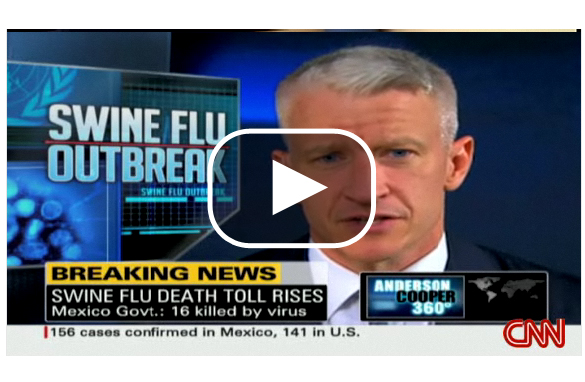 Anderson Cooper and panelists discuss the latest on the swine flu virus spreading throughout the world.

Reporter's Note: President Obama likes playing basketball and so do I. He has not, however, called me up for a game, so I am passing the time until the invitation comes by writing a letter a day to the White House.

I’ve come to believe over the years that there are at least two different views of friendship in this world. I don’t mean acquaintanceship. All those yahoos you met when you were raising money and visiting diners are just that; people you met. I’m talking about true friendship. I’m talking about, “Let’s go out back and I’ll tell you a funny story about Biden,” friendship.

Some people believe a friend stands by you all the time, through thick and thin, and will be on your side in any dispute. They believe friends, because they refuse to let anything come between them, are a force to be reckoned with and have less to fear from the larger community than an individual might.

Other people, however, believe a friend stands by you all the time, through thick and thin, and will be on your side…as long as you are in the right. These people believe the true value of a true friend is not that he or she will always agree with you, but that this person cares about you enough to tell you when you are wrong.