Reporter's Note: You would think President Obama would have more advisors than he knows what to do with. I mean, doesn’t everyone want to chat up the President? Nevertheless, he’s asked for advice from the citizens of the United States, and I’m responding with a letter a day.

Your predecessor, or as he’s known in some Democratic circles “He who shall not be named,” made it a point of pride to say he paid no attention to polls. At times it is hard to imagine two Presidents more different from each other than you and Mr. Bush, but on that front, I think he was on to something.

Hold on! Don’t toss this one into the shredder just yet. Sure, it’s fair to say that maybe President Bush took it a tad too far. While he was busy taking one road, the rest of the country was heading another way, and arguably if he’d listened just a wee bit more his fellow Americans he would not have turned his party into the political equivalent of a auto salvage lot. (Mind you, Republicans have a remarkable way of bouncing back, and as much as your Dem pals may be hoping they stay on the wreck heap, I would not count on that.)

The point is, I’m sure you’ve heard all the typing going on out here in Media-land, (or as I like to call it, Oz) as everyone prepares their assessments of your first 100 days in office. You’re still riding high in the public approval ratings, so you know a lot of them are going to be generally positive. Or at least they’ll start that way. Then the nibbling will begin. They praise your quick action on the economy, then point out all the potential problems looming. They’ll laud your firm words on Iraq, then wring their hands over Afghanistan; which, I have to admit, I’m wringing my own hands over. You get the picture.

END_OF_DOCUMENT_TOKEN_TO_BE_REPLACED

[cnn-photo-caption image=http://i2.cdn.turner.com/cnn/2009/HEALTH/04/26/swine.flu/art.swine.flu.mex.02.cnn.jpg caption="A girl in Mexico City wears a mask outside the Metropolitan Cathedral on Sunday. "]

No kissing to say hello. No large crowds. No close contact.

That's the advice of the Mexican government as more and more people die of swine flu, which has turned into a "public health emergency of international concern," according to the World Health Organization.

The WHO advised all countries to be on the lookout for "unusual" outbreaks of flu, following an emergency meeting Saturday as the seriousness of the outbreak became clear.

By Sunday, 81 deaths had been deemed "likely linked" to a deadly new strain of the virus by health authorities in Mexico. Viral testing has confirmed 20 cases, said Dr. Jose A. Cordova Villalobos, Mexico's health secretary.

In Mexico City, the massive downtown Cathedral of Mexico City was open but Masses were not scheduled. Dozens of worshippers put on masks and went inside the church anyway to pray on their own. 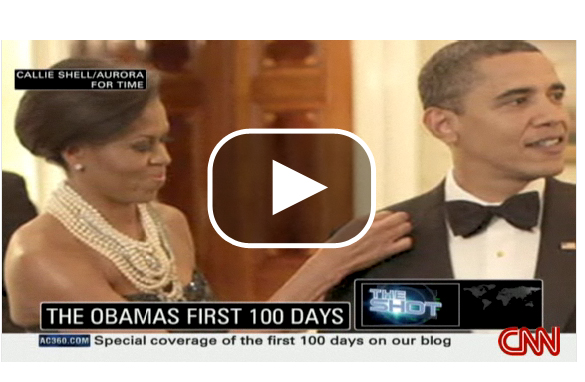 Time magazine's exclusive photos of the First Family at home in The White House.