Reporter's Note: Our President is trying to raise a puppy, tend to two children, and restore the economy. No wonder he is asking Americans to pitch in with some ideas on how to get all that done. So I’m writing a letter a day to Pennsylvania Avenue.

I was fixing a landscape light in our yard, and as I removed the top a swarm of little black ants came pouring out. My younger daughter squealed and ran, that scared the dog which took off with her, and I was left thinking about a story.

Some years back I enjoyed a conversation with the esteemed scientist, E.O. Wilson. He made his chops studying ants. As a kid he suffered an eye injury and he can’t see all that well, so he focused on a tiny world that he could keep in focus. Anyway, he developed extraordinary theories about how species may be genetically programmed so that some individuals will sacrifice themselves for the good of the collective community. (Obviously he’s never been to cheerleader tryouts, but still..) I don’t know how much I believe him, but I know if you step barefoot into a fire ant bed down south you’ll learn something about the power of teamwork pretty fast.

END_OF_DOCUMENT_TOKEN_TO_BE_REPLACED 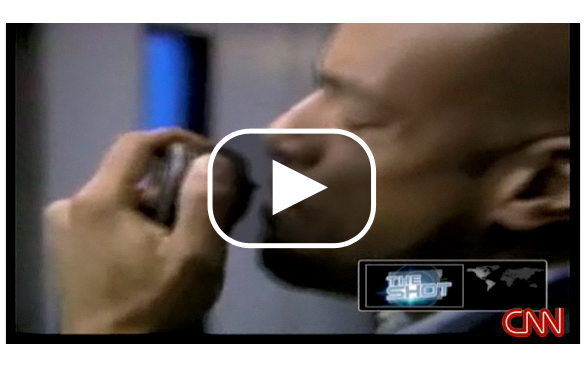 When I see the bumper sticker on the back of some adult parent's vehicle that reads "My kid beat up your honor student" I get very angry. And from now on I'll either approach the driver or leave a note on their windshield. Intolerant bigoted parents bread children of the same mentality. Thanks for your story.

This whole bullying stuff is really disturbing. But, I'm afraid we let this happen all the time – we even let people make lots of money demeaning innocent people – an example is Simon Cowell (or however you spell his name) and the Susan Boyle incident. He lacks any sensitivity to people's feelings. Is it no wonder that our youth think it's OK to psychologically tear people to pieces. High media profile adults are teaching them quite well!

END_OF_DOCUMENT_TOKEN_TO_BE_REPLACED

Tonight on AC360°, a deadly flu outbreak. What you need to know about swine flu. It's killed at least 68 people in Mexico.  There have been 8 cases here in the U.S.

Don't miss Erica Hill's webcast on the outbreak and tonight's other headlines during the commercials. Watch our WEBCAST