US President Barack Obama looks at an autographed football helmet given to him by the US Naval Academy football team as he presents the team with the Commander in Chief’s trophy in the East Room of the White House in Washington, DC, on April 21, 2009. 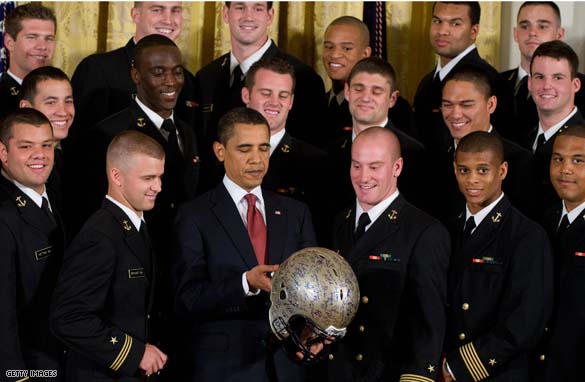