Tonight on AC360°, new details on the pilot who stole a plane from Canada and led F-16 fighters on a chase here in the U.S. Investigators revealed today the pilot had a death wish. They say he was hoping the jets would shoot him down. He's behind bars tonight in Missouri. All this led us to wonder, what if a pilot was carrying a dirty bomb into the U.S. What would authorities do then? Find out tonight.

And, don't miss Erica Hill's webcast on the aerial threat during the commercials. Watch our WEBCAST

Evening Buzz: Can Iraq "Stand on its Own?"

At 10pm ET on AC360°, a look at President Obama's surprise visit to Iraq. The commander-in-chief met with about 600 U.S. troops at Camp Victory, near Baghdad International Airport, where he called on the Iraqi government to "stand on its own."

The president also praised the work being done by the U.S. troops saying "They're just putting their heart and soul into this."

Do you think the Iraqis can "stand on their own"?
Share your thoughts below.

We'll also have the latest on the pilot who's accused of stealing a plane from Canada and then leading U.S. fighter jets on a mad dash through several states last night. Investigators say the pilot had a death wish.

Join us for these stories and much more in about 15 minutes.
See you then!

During his visit to Turkey, President Obama sought to officially reach out to the Islamic world after eight years of tension by declaring in a speech to the Turkish Parliament that he is determined to have a lasting "partnership with the Muslim world."

"Let me say this as clearly as I can: The United States is not - and will never be - at war with Islam," President Obama said toward the conclusion of his remarks delivered in Ankara to Turkish members of Parliament on Monday.

In his true Chicago political style, he even added a little treat for NBA fans in Turkey and Europe: "As a basketball fan, I've even noticed that Hedo Turkoglu and Mehmet Okur have got some pretty good game...."

Obama to troops: 'Thank you' 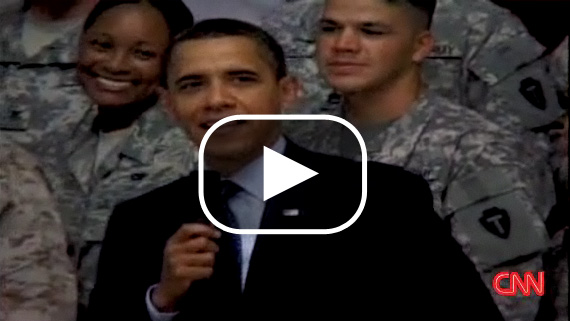 President Obama thanks U.S. troops for their service to their country on his surprise visit to Baghdad.

US President Barack Obama speaks during a visit to Camp Victory in Baghdad, Iraq on April 7, 2009. 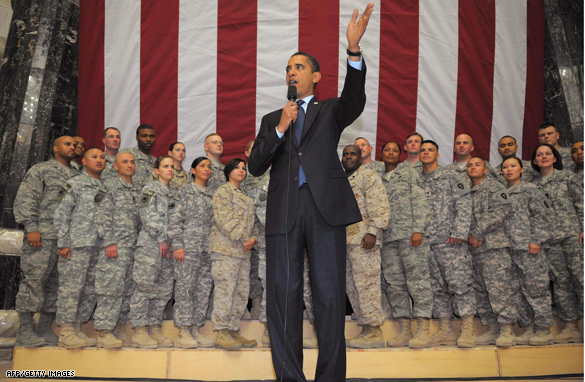 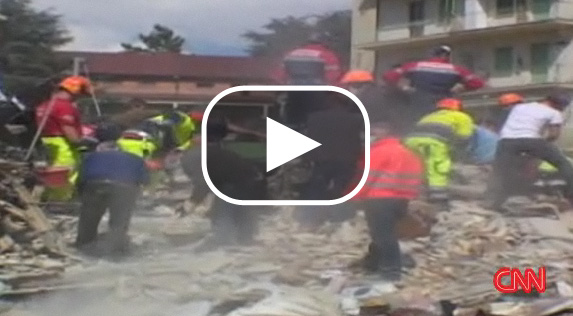 Vermont's House and Senate voted Tuesday to override the governor's veto of a bill legalizing same-sex marriage in the state.

The Senate voted 23-5 to override Gov. Jim Douglas' veto, according to the Senate office. Shortly afterward, the House overrode the veto on a 100-49 vote. The votes surpassed the number needed - two-thirds of those present - to override the veto.

The action makes Vermont the fourth state to legalize same-sex marriages. The others are Massachusetts, Connecticut and, as of last week, Iowa.

Program Note: For more on the earthquake and its aftershocks in Italy, tune in to AC360° tonight at 10 p.m. ET. 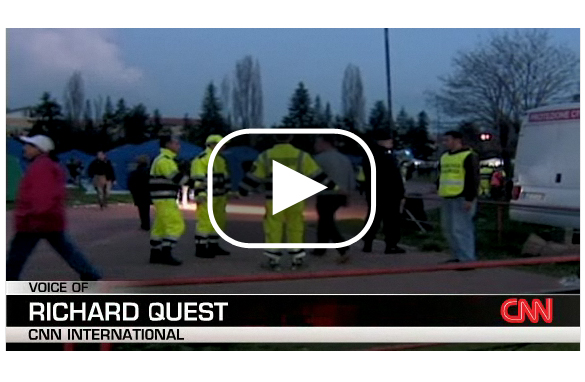 CNN's Diana Magnay was sitting outside in Celano, Italy when a powerful aftershock struck the area.

How dangerous is this?

[cnn-photo-caption image=http://i2.cdn.turner.com/cnn/2009/US/04/07/stolen.plane.pilot/art.stolen.plane.kfvs.jpg caption="The Cessna 172 aircraft ended up on a road in southern Missouri after a 783-mile journey from Canada."]

Or what if—it were a coordinated attack—

Yes—the F-16s and the slower Customs plane did fly-bys to see who was flying—but they did not shoot him down.

And when the pilot was flying at altitudes as low as 3,000 feet—what would the F-16s really do? Shoot him down—could that trigger a bomb or the release of biologicals?