Most in poll back outreach to Muslims

Most Americans think President Obama's pledge to "seek a new way forward" with the Muslim world is an important goal, even as nearly half hold negative views about Islam and a sizable number say that even mainstream adherents to the religion encourage violence against non-Muslims, according to a new Washington Post-ABC News poll.

There is still a broad lack of familiarity with the world's second-largest religion - 55 percent of those polled said they are without a basic understanding of the teachings and beliefs of Islam, and most said they do not know anyone who is Muslim. While awareness has increased in recent years, underlying views have not improved.

The events of the past week have been unprecedented in the auto industry and in the annals of American business.

As the events have unfolded, there is the strong implication from the administration's automotive task force that Chapter 11 bankruptcy, followed by restructuring and "cleansing" of General Motors' balance sheet, is a potential scenario in the ongoing efforts to keep the giant automaker alive.

GM's new chief executive, Fritz Henderson, acknowledged as much on CNN Sunday. "You can't rule options off the table. So you basically say we will spend time to try to get it [done] outside of bankruptcy. But if we can't, we're not going to compromise our goals. We're going to get it done inside our bankruptcy. Our preferred approach is still to do it outside, but you can't rule out going in."

A surprising model for Obama

Sometimes the similarities are striking. Both aimed high, seeking major legislation to reshape America - Johnson with civil rights and Medicare, Obama with health care and energy legislation. Both Johnson and Obama understood that Congress was a credit-claiming institution whose members did not like to have proposals rammed down their throats.

Johnson's style of political leadership was famous. A creature of the Senate, Johnson loved to lean on legislators and intimidate them into supporting his agenda.

Reporter's Note: President Barack Obama has asked Americans for ideas on how to make the country better. I’ve been writing a letter a day. I’m not sure my ideas are that good, but at least I’m dedicated.

As you may have noticed, my profession takes a beating from time to time. Like a piñata. Like Sunday to Saturday. We deserve some of it. Occasionally my media colleagues exaggerate things, get too wrapped up in chasing ratings, or let their own opinions influence their work. Not me, of course, but others.

The most common failing, is our tendency to push things to be more exciting, more compelling, and more watchable. That leads us to focus on conflict, problems, tragedy, and the conflicts/problems/tragedies of celebrities even more so; and collectively all of that leads to a distorted view of the world, like a Fun House mirror…uh, but without the fun. Years ago, for example, a series of high profile, violent crimes was getting so much national coverage that people became convinced we were in a crime wave. Legislators started ginning up new laws, and we kept right on turning the crank until someone finally reported that, in truth, overall crime was declining and had been for years.

END_OF_DOCUMENT_TOKEN_TO_BE_REPLACED

N. Korea launch no cause for panic

North Korea's thinly disguised missile test violates U.N. resolutions and should be condemned. But it is not a serious threat to the United States, nor does it justify a crash program to deploy an expensive, unproven anti-missile system.

North Korea's missile and nuclear capabilities do not add up to a nuclear Intercontinental Ballistic Missile, or ICBM. This third failure to create such a missile in as many attempts since 1998 likely represents the upper limits of what the country can do by stretching and adapting the Scud technology it acquired from the former Soviet Union.

This small, impoverished nation would need to make three key additional breakthroughs to turn this launch vehicle into a real nuclear-armed missile capable of reaching the continental United States. 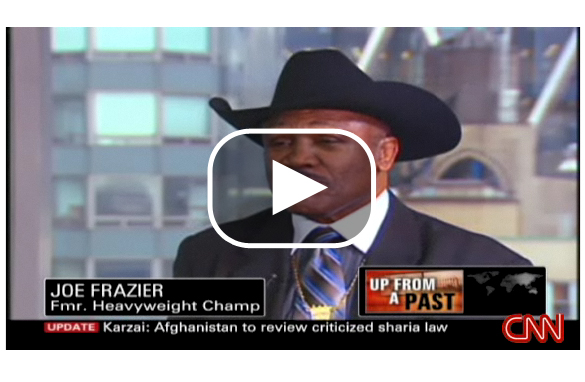 It's been almost 30 years since his last fight but Smokin' Joe Frazier still has his jab. 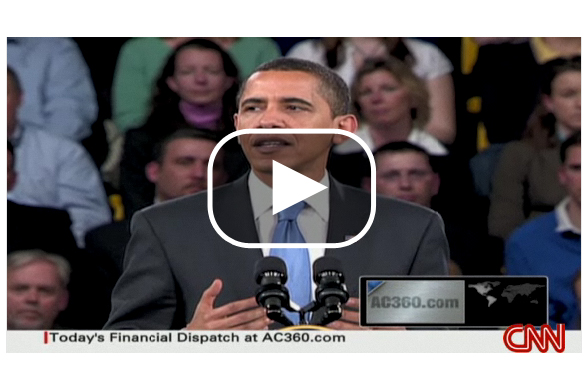 What gives? For months the economic negative dive has been your top of the hour story, but when the market records its best 4 week performance in 80 years, it gets BURIED. We’re all in this together and we need YOU to help turn around public perception. Come on, help us!! Give the good news some balance...

I love Richard Quest! He's very authentic... and quite hilarious! Keep bringing him back on the show. He and AC work well off each other 🙂

Regarding the Madonna story and her persistent pursuit to adopt children from countries other than her own, why not establish a foundation in the country of her choice that provides shelter and comfort to any and all children who are natives of chosen country? If Madonna is confronting resistance from the leaders of this foreign country, perhaps she could negotiate a compromise and win the ability to provide safe haven for as many of the children as would want it.

It was great to see such a positive show this evening. Glad to see how other countries are embracing our new president.

Excellent coverage on Obama's trip to Europe! Keep up the good coverage.