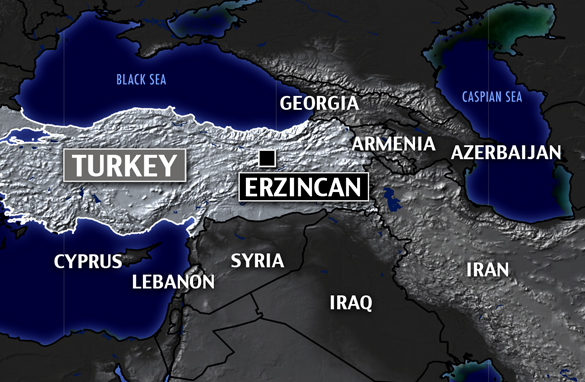 President Obama's visit to Ankara this week highlights Turkey's growing strategic importance to the United States - and a high stakes dilemma for the President and for U.S. strategic interests.

Turkey today plays an increasingly important role in Central Asia, the Caucasus and the Middle East, and its cooperation is critical to achieving U.S. objectives in all three areas. Turkey also enjoys strong ties to Iran and Syria, which could be helpful as Washington seeks to establish a dialogue with both countries.

Turkish cooperation could be important in facilitating the withdrawal of U.S. troops from Iraq and promoting stability once they leave. Turkey is even emerging as an important transit route for the transport of Caspian oil and gas.

However, the administration's efforts to repair relations with Turkey could be derailed by a Congressional resolution introduced last month condemning Turkey for the mass deportation and death of hundreds of thousands of Armenians in 1915.

The fate of the Armenians killed in 1915 is a major tragedy and an important moral and political issue. However, the Armenian Genocide Resolution is not the way to address it. Passage of the resolution would precipitate a crisis in U.S.-Turkish relations, and damage broader U.S. interests in the region.

The genocide resolution is a highly emotional issue in Turkish domestic politics and has been a source of deep discord in U.S.-Turkish relations. In the fall of 2007, the Bush administration narrowly averted a serious crisis with Ankara only by a last minute all-out lobbying campaign that prevented the resolution (HR-106) from coming to a vote in the U.S. House of Representatives.

But the genocide resolution is far from dead. The Armenian lobby was encouraged by its near success in 2007. And the proposal has strong support among Democrats, who traditionally are more concerned about human rights issues than are Republicans. The Speaker of the House, Nancy Pelosi, is from California, which has a large - and very vocal - Armenian community.

Senator Hillary Clinton and President Obama both supported the resolution during the presidential campaign. In office, they could change their minds, as a number of their predecessors have done. They might have trouble, however, persuading some of their colleagues.

If the resolution is passed, the Turkish government could come under strong domestic pressure to take retaliatory actions. Anti-American sentiment there is already high. US-Turkish relations seriously deteriorated during the Bush administration as a result of the US invasion of Iraq and the unwillingness of the Bush administration to assist Turkey in combating cross-border attacks by the Kurdistan Workers' Party (PKK), a terrorist group located in the Kandil mountains in northern Iraq. Clearly President Obama is working to rebuild relations with his visit there.

If the genocide resolution is passed, however, Turkish leaders might be pressured to retaliate by, for example, denying the United States use of Incirlik air base in southern Turkey. Incirlik plays a critical role in the transport of people and materials to Iraq and Afghanistan. Moreover, with the recent loss of U.S. access to the base at Manas in Kyrgyzstan, Incirlik could become a crucial hub for U.S. efforts in Afghanistan. Loss of access to Incirlik could also complicate the withdrawal of U.S. forces from Iraq.

The Armenian conflict remains sensitive because it was key to Turkey's emergence as a nation. Recalling the conflict conjures fears of separatist conflict, and fuels Turkish nationalism. However, Turkey has shown a greater willingness to address the issue more openly in recent years. At the end of 2008, more than 26,000 Turks signed a letter apologizing for the deaths of the Armenians who died at the hands of the Ottoman authorities in 1915.

Passage of the genocide resolution could seriously set back the process of Turkish-Armenian reconciliation currently underway between Ankara and Yerevan, the capital of Armenia. This process has gained important momentum since President Abdullah Gul's historic visit to Armenia - the first visit to Armenia ever by a Turkish president - in September 2008. Recent statements by Turkish and Armenian officials suggest that the two countries are close to normalizing relations.

A normalization of Turkish-Armenian relations would have important implications for stability in the Caucasus and enable Armenia to reduce its political and military dependence on Russia – an important U.S. policy objective. It would also remove a major obstacle to Armenia's ability to join regional energy schemes, from which Armenia has been so far excluded. This process risks being derailed, however, if the genocide resolution is passed.

The Obama administration thus needs to pursue a two track policy. First, it should seek to bolster strategic ties to Turkey and continue to actively support the Erdogan government's struggle to combat terrorist attacks by the Kurdistan Workers Party. This is regarded by Ankara as the litmus test of the U.S.-Turkish security relationship. Second, the administration needs to work with the Congressional leadership, especially Pelosi, to head off passage of the genocide resolution.

Instead of passing the Genocide resolution Congress should encourage the process of Turkish-Armenian reconciliation, particularly the opening of the Turkish-Armenian border (closed since 1993), which would have an important economic impact on Armenia and decrease Armenia's economic isolation.

In return for heading off the resolution, Turkey should pursue reconciliation with Yerevan and continue the effort to promote greater internal openness in addressing the Armenian issue that has been evident in recent years.

This would represent a win-win situation for all sides and avoid a crisis that could do untold damage to U.S.-Turkish relations and broader U.S. interests in the Middle East and Caucasus.

Editors Note: F. Stephen Larrabee holds the Corporate Chair in European Security at the RAND Corporation, a nonprofit institution that helps improve policy and decision-making through research and analysis.