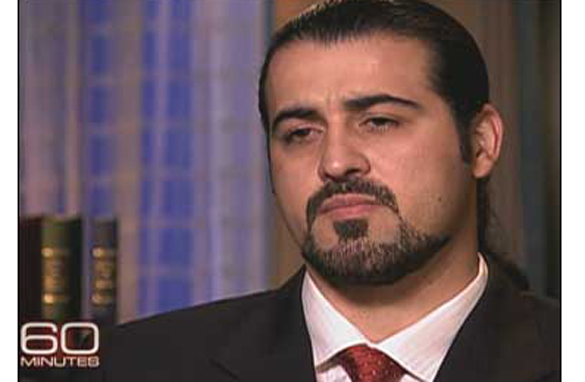 Much of the attention on Iran over the last few years has focused on its mysterious nuclear program. Another mystery that’s received far less attention is torture in Iran’s prisons. It’s a story the Iranian government doesn’t want you to hear; a story the man you’ll meet tonight, risked his life to tell. His name is Ahmad Batebi and quite by accident he became one of the most famous dissidents in Iran. He says he endured years of torture in an Iranian prison, after his picture appeared on the cover of The Economist magazine. He escaped from Iran last year. Tonight he’ll tell us how. We warn you that some of the pictures in this report are disturbing.