Eyewitness to Murder: The fatal moment of the King Assassination 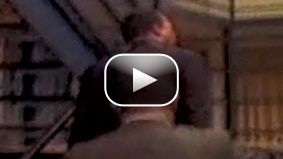