U.S. President Barack Obama and his wife Michelle Obama meet with Queen Elizabeth II and Prince Philip, Duke of Edinburgh during an audience at Buckingham Palace on April 1, 2009 in London, England. 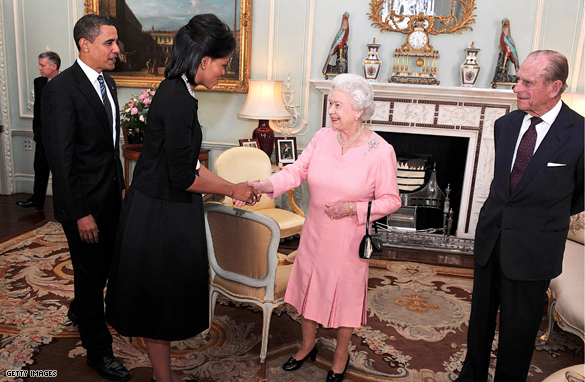