US Treasury Secretary Timothy Geithner talks to Chair of the Council of Economic Advisers Christine Romer and Director of the White House National Economic Council Lawrence Summers on the South Lawn of the White House in Washington on March 18, 2009 after President Obama statement about the economy and AIG. The United States is exploring 'every possible avenue' to recover bonuses paid to AIG executives, President Obama said, while expressing 'complete confidence' in US Treasury Secretary Timothy Geithner. 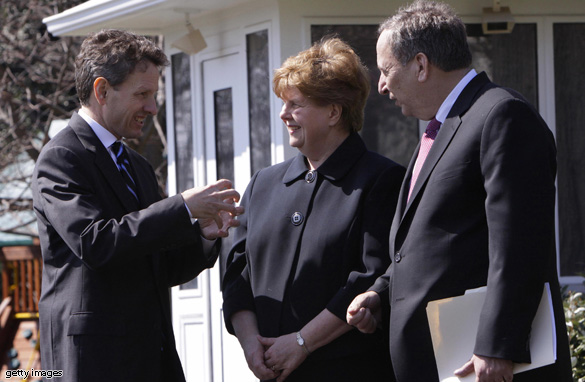