Elderly emerge as a new class of workers

Mary Appleby, 76 years old, lost her job in January as a cashier at a courthouse cafeteria here. She is now looking for minimum-wage work.

Mary Bennett, 80, began filling out applications for fast-food restaurants and convenience stores after she was laid off last March as a machinist. Fred Dase, 81, a bartender until last summer, also needs another job.

During past recessions, older workers simply would have retired rather than searching want ads and applying for jobs. But these days, with outstanding mortgages, bank loans and high medical bills, many of them can't afford to be out of work.

At Palestine Square, opposite a mosque called Al-Aqsa, is a synagogue where Jews of this ancient city gather at dawn. Over the entrance is a banner saying: “Congratulations on the 30th anniversary of the Islamic Revolution from the Jewish community of Esfahan.”

The Jews of Iran remove their shoes, wind leather straps around their arms to attach phylacteries and take their places. Soon the sinuous murmur of Hebrew prayer courses through the cluttered synagogue with its lovely rugs and unhappy plants. Soleiman Sedighpoor, an antiques dealer with a store full of treasures, leads the service from a podium under a chandelier.

I’d visited the bright-eyed Sedighpoor, 61, the previous day at his dusty little shop. He’d sold me, with some reluctance, a bracelet of mother-of-pearl adorned with Persian miniatures. “The father buys, the son sells,” he muttered, before inviting me to the service.

We had a great response to Jack Gray's Academy Awards Live Blog last night. Anderson and Erica even stopped by. If you missed it you can still read what everyone was saying - there was definitely some pretty funny commentary.

Republicans are hatching a political comeback by dusting off a strategic playbook written nearly two decades ago.

Its themes: Unite against Democrats’ economic policy, block and counter health care reform and tar them with spending scandals.

Those represent the political trifecta that former House Speaker Newt Gingrich bet on in 1994 to produce a historic Republican takeover of Congress.

Now, some Republicans believe President Barack Obama’s one-two push on the economy and health care reform is setting the stage for a new round of significant gains, if not a total takeover.

The problem with 'nationalization'

The chorus for nationalizing America's struggling banks is growing louder, and support for the idea comes from strange sources.

Alan Greenspan has said that he understands that "once in a hundred years" the government needs to take over the banks, and now is the time. Sen. Lindsey Graham, a Republican from South Carolina, has called for doing what works and "if nationalization is what works, then we should do it." That is the kind of pragmatism that leads to socialism.

There is a great deal of imprecision in all the talk of nationalizing banks. The government, through the Federal Deposit Insurance Corp. (FDIC), temporarily takes over insolvent banks when it closes them. When it can, the FDIC sells a failed bank to another institution. Sometimes the purchaser does not want some or any of the failed bank's assets. The FDIC must either then pay the buyer to take the assets (subsidize expected losses) or take over those assets. In a limited number of cases, there is no buyer for a failed bank. IndyMac Bank is a notable recent example. It has been operated since last year as an FDIC-owned institution (IndyMac Federal Bank) with the goal of finding a private buyer.

Men not working ahead

Our mothers built working lives. Our dads experimented with a new sort of fatherhood.

But our parents never quite developed the crisp, egalitarian model they might have imagined. Mom was ambivalent about leaving the kids at home. And dad was more caught up in work, more like his own father, than he allowed.

This was no great failing. Not at all. Our parents were trying something new, unmapped. And they made progress, however halting.

Wall Street got the better bailout

There was good news and bad news in the recent filings Chrysler and General Motors made with the federal officials overseeing their multibillion-dollar rescue.

The good news was that, if the federal government can see its way clear to adding another $21 billion or so to the more than $17.4 billion they received in bridge loans in December - including a cool $7 billion by the end of March to forestall their insolvency - the companies are confident that they will be able to retool, return to profitability and repay the money provided them.

The bad news: it won't happen until late in President Obama's first term, if at all, and in the meantime they will eliminate at least 50,000 jobs this year alone, close even more plants than previously announced and discontinue several of their most recognizable lines of cars. 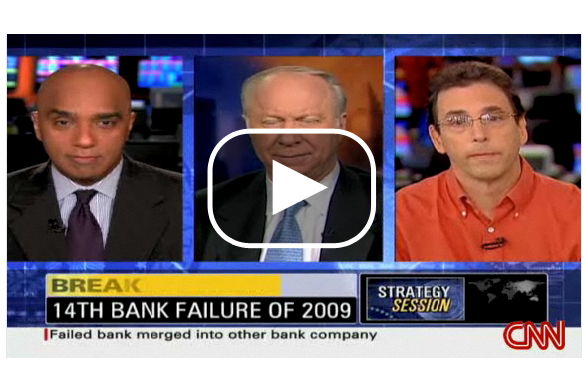 Anderson Cooper and panelists discuss whether President Obama has been talking too "gloomy" about the economy.

I heard that if the billions had been given to the American people that we would all have received $55K. If this is true don't you think that would be the way to stimulate the economy? Maybe people could pay their bills. You cannot get credit cards paid off because of the huge interest rates banks are charging today. I am paying my bills every month, but unable to pay extra to get them paid off.

Why can't they give the money to the people as vouchers to pay off their houses, car loans and credit card debt? It may take some effort to find out which bank to issue the voucher to for that person but at least people wouldn't be losing their homes and the banks wouldn't be getting the money and holding onto it thus leaving us still in the mess we inherited. And people need to learn that this is something that right now could happen to anyone. We need to get out of this "me" and "I" factor and start caring about each other again.