Morning Buzz: What Would Lincoln Do

If you bump into Lincoln look-alikes today on the street, don’t be surprised. It’s the 200th anniversary of Abraham Lincoln’s birth so those long beards and top hats will be out in full force today. Even if “Honest Abe” is not around to celebrate, many in the nation’s capital and other spots in the country will celebrate for him. This is as good a reason for a party as any, yes?

President Obama has said on several occasions he looks to the 16th president for inspiration, because "he (Lincoln) constantly learned on the job, he got better, he wasn’t defensive or arrogant about his tasks. He was systematic about saying he would master the job and I understand it will take some time.”

END_OF_DOCUMENT_TOKEN_TO_BE_REPLACED

The Shot: Trip to the dentist 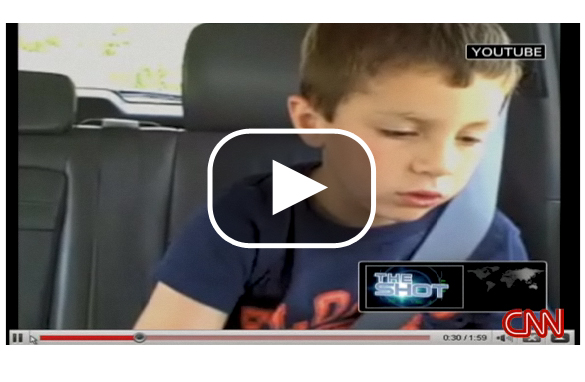 A little boy gets out of the dentist's chair and is a little woozy.

How Israel's anger issues hurt us all

One by one, in reverse order, the leaders of Israel's top three political parties appeared on television the night of the Feb. 10 elections and declared victory. This was clever, since none of them had really won. Avigdor Lieberman, whose extreme anti-Arab Yisrael Beitenu party finished third, went on first.

His party had surged in the final weeks and would now, he boasted, be "the key" to forming a majority coalition in the 120-seat Knesset. Maybe. Benjamin Netanyahu, whose Likud party finished second, appeared next. He had won, he said, because Likud was the leading right-wing party and conservatives of various stripes had gained a majority of seats in the Knesset.

But Netanyahu had been expecting a big victory; his support had plummeted in the last days. Finally, there was Tzipi Livni, whose moderate Kadima party won one more seat than Likud ... but didn't really win either, because Netanyahu was right: he would probably have an easier path to building a parliamentary majority than Livni would.

There is no more solemn responsibility that the president bears than to protect American lives.

During my 4½ years at the White House, I came to believe that, for this reason, organization must be dictated by effectiveness. How best to maximize effectiveness will inevitably change over time as we as a country continue to weaken al Qaeda and other enemies, as the Department of Homeland Security gains strength, and as our government better integrates the capabilities that have been built since the tragedy of September 11.

Obama should give us the whole truth

They wanted to hear him and see him in action and hope that things weren't as bad as they were hearing every day from the media and in their hometowns.

He was glib, rambling, a little long-winded and very defensive. But he is a talent and very likeable even when he is being serious. And he had plenty to be serious about.

By now, you have heard or read about the disappearance of Haleigh Cummings. How the five-year-old girl was likely abducted from her Florida home is being covered by media-outlets (including CNN) on tv, the web and in print. Haleigh’s face is featured on cable programs and talk shows. I suspect we will see much more of this disturbing case for some time to come.

Haleigh’s family hopes and prays she will be found safe. We all do. We should also be mindful that there are other missing children across the country. Their parents are longing for answers. Like Haleigh, their sons and daughters vanished without a trace. But there is a difference: their stories are rarely told.

END_OF_DOCUMENT_TOKEN_TO_BE_REPLACED

Reporter's Note: President Obama has asked for advice. Like Americans throughout history, I am writing letters to the White House.

I know Lincoln has long been one of your heroes, and many people have already dissected the parallels between your rise to the presidency and his, so I won’t waste time going over all that again. But I do want to chat a moment about the Gettysburg Address.

You are a wonderful speaker; that goes without saying. But even with your skills, this short speech is worth rereading; not once, but many times. I read it at least once a year.

END_OF_DOCUMENT_TOKEN_TO_BE_REPLACED 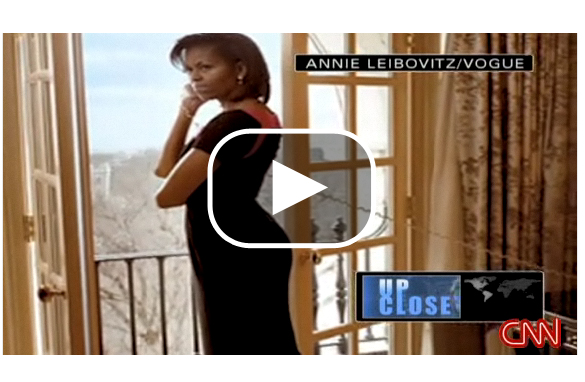 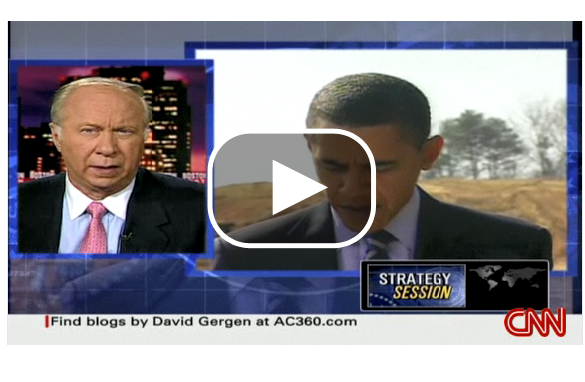 Anderson talks to his panel about the lessons for the Obama administration from the rough process to get a stimulus deal.