The Shot: Dance the night away 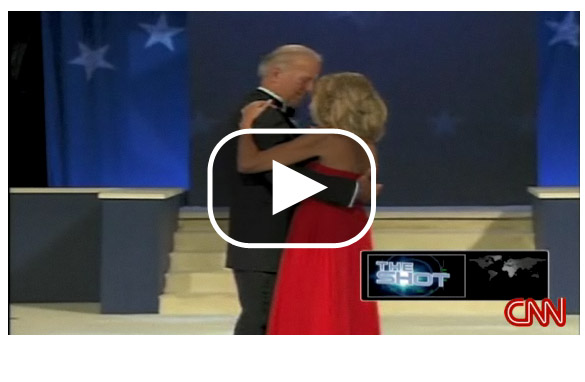 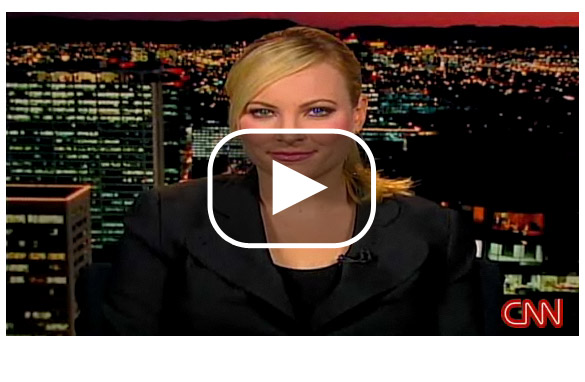 With Kennedy out, who's in? 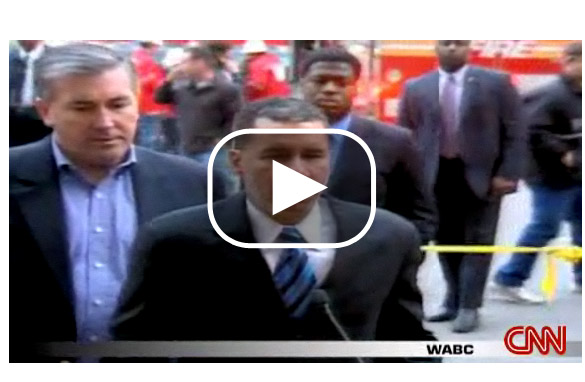 CNN's Mary Snow takes a look at the remaining contenders for the New York senate seat vacated by Hillary Clinton.

What we don't know about Obama

We know a lot more about Barack Obama than we did on Election Day. He wastes little time making big decisions. He was serious about surrounding himself with seasoned people, even if they are outsized personalities likely to jostle one another and unlikely to salute on command. He intends to move quickly to put his personal stamp on government and national life.

Yet much about how the 44th president will govern remains a mystery—perhaps even to Obama himself.

The stirring rhetoric witnessed on the campaign trail and in Tuesday’s inaugural address is laced with spacious language — flexible enough to support conflicting conclusions about what he really believes.
Only decisions, not words, can clarify what Obama stands for. Those are coming soon enough.

Until then, here are the questions still left hanging as the Obama administration begins: 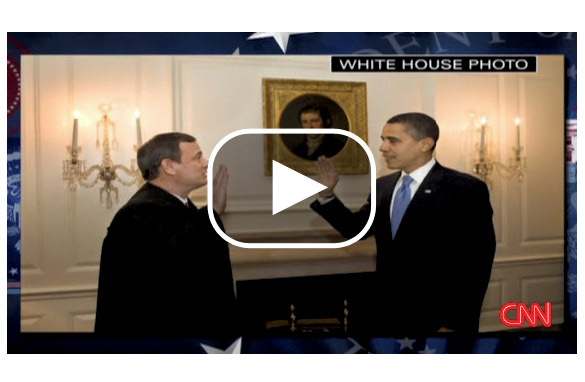 Pres. Obama has retaken the oath of office after lines were flubbed Tuesday. CNN's Ed Henry and Jeffrey Toobin report.

[cnn-photo-caption image=http://i2.cdn.turner.com/cnn/2009/POLITICS/01/22/obama.henry/art.obama.roberts.wh.jpg caption="President Barack Obama takes the oath of office - his second in two days - in the White House on Wednesday."]

What a long, strange trip Barack Obama’s first full day as President turned out to be. He began the day pushing for more transparency in government, only to end it by keeping TV cameras out when Chief Justice John Robert re-administered the oath of the presidency.

All this started at Obama’s historic swearing-in on Tuesday, where Roberts flubbed a line in the oath of office, leading to this comical scene, via transcript at cnn.com:

Roberts:" … that I will execute the office of president to the United States faithfully"

Roberts: "the off – faithfully the pres – the office of president of the United States."

Obama (at same time)"… the office of president of the United States faithfully.”

END_OF_DOCUMENT_TOKEN_TO_BE_REPLACED

Your own commentators are correct. The talk about retaking the oath is ridiculous. A “circus"; leave it alone. No wrongdoing has occurred. Just because the media wasn't invited to the redo is not a reason to create news.

I think the press wasn't invited to witness the oath out of President Obama's respect for Chief Justice Roberts and his desire to spare the Chief Justice any further embarrassment.

In the picture from Obama's second swearing in, his hand is not on the Bible. Is that not another mistake?

END_OF_DOCUMENT_TOKEN_TO_BE_REPLACED

[cnn-photo-caption image=http://i2.cdn.turner.com/cnn/2009/POLITICS/01/21/obama.oath/art.obama.roberts.wh.jpg caption="President Barack Obama takes the oath of office - his second in two days - in the White House on Wednesday."]

President Obama took his Oath of Office again last night following the “mix-up” on Tuesday at the Inaugural ceremony when Chief Justice John Roberts put the word ‘faithfully” in the wrong order and threw them both off.

This time, Chief Justice Roberts made a house-call to the WH and the 35-word oath took about 25 seconds to recite. Why, you may ask? The WH said it was due to an “abundance of caution because there was one word out of sequence (faithfully) and to erase any question that President Obama is legally able to serve.

Well, now that we have all that cleared up and everyone is sworn in including the entire White House staff, they are getting down to business. Today we’ll see the first WH briefing by Press Secretary Robert Gibbs and we’ll give you the highlights tonight.

President Obama issues more executive orders today, this time dealing with Guantanamo Bay. We expect he will order the closure of the prison camp within a year, a ban on the use of torture on terror suspects, and a systematic review of detention policies and procedures.

About 500 miles west of the naval base in Havana, Fidel Castro spoke out about our new President stating in an essay that he believes Prez Obama is “honest in his ideas”. Hey thanks Fidel, I’m sure Prez Obama is sleeping better at night knowing he has your stamp of approval.

Some folks believe she retreated after learning that NY Governor David Paterson may not choose her for the Senate seat, so she bowed out in advance in more graceful fashion. Hmmm, what do you think?

Hillary Clinton begins her first full day at work after being sworn in yesterday as Secretary of State, and she is expected to address State Dept staff this morning. If she makes any news today, we’ll be there.

There are a couple of other stories in the mix we are sifting through such as reports that Prez Obama may be able to use a ‘spy-proof smartphone’ to replace his blackberry addiction. Also, Randi Kaye is pitching a story on what Prez Obama may do re: “Don’t ask, Don’t tell” military policy which he had said during campaign he would reverse. Let’s see what stories stick and tune in tonight at 10pet!