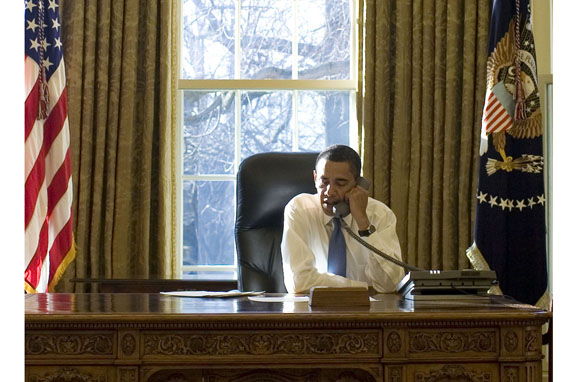 An official White House photo Wednesday shows U.S. President Barack Obama in the Oval Office with no jacket, something strictly forbidden by his predecessor.

In eight years of official Oval Office photos of former President George W. Bush, not one can be found of him without a suit jacket on, CNN reported.