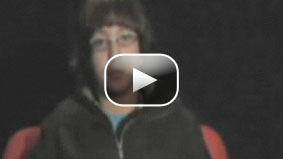 CNN's Octavia Nasr looks at how President Obama is putting the Middle East high on his agenda.

Luqman Yaghan is a young Jordanian student with a simple message to President Barack Obama.. and a question. In a taped message posted on YouTube, he says, “60 years ago in America, the mere thought of having an African American president was a forbidden dream.

Luqman is one of many young Jordanians on a mission. He’s taking part in a campaign where young Jordanians tape messages for President Obama and post them on line. They ask the US President to focus his attention on Gaza and help the children there.

Their campaign doesn't get into the politics of the 21-day Israeli incursion into Gaza or the Palestinian rocket attacks on Israel.. They do however acknowledge the US's support for Israel..

Jordanian girls also had messages for President Obama. In one of them, Layan Halawani goes straight to the point: "Mr. President, Obama, because you are the president of the biggest and strongest country of the world and because you live in peace in your country, so, give people and children in Palestine a chance to live in peace."

A confident young Talal Nabulsi challenged President Obama.. "You say your country is Great?" he asked.. “Then prove it with actions,” he continued.

Now these young Jordanians wait. Confident they will get a reply whether in the form of words or action.