Kyra Phillips: Candy Crowley watching I guess this peculiar piece of Americana, right Candy? We were talking earlier on the phone and you said Mr. Obama really has not been the President-Elect since November.

Candy Crowley: This makes it official. In the constitution congress has to do this, and that is count the electoral votes. Listen we all know how its going to come out, let me just take the suspense out, 365 to 173, Barack Obama wins over McCain but this is something they have to do. It looks very much, if you see that picture, it looks a lot like a state of the union address. The president pro-tem of the senate which is Dick Cheney, is supposed to preside if he is not there. We will see Senator Robert Byrd, the longest serving member of the senate. He's from West Virginia. So, it is pro-forma but it is also what makes it legal.

END_OF_DOCUMENT_TOKEN_TO_BE_REPLACED 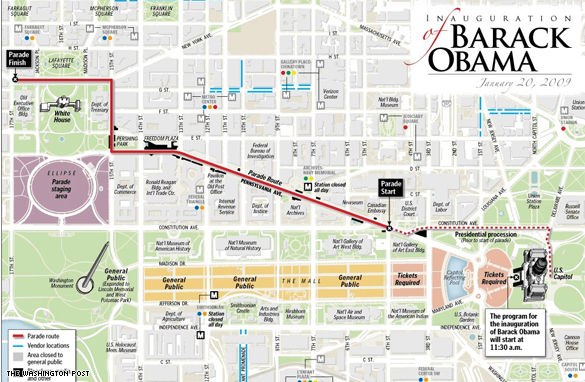 The inauguration of President Barack Obama on Jan. 20, 2009, is expected to be one of the largest public gatherings ever to take place in Washington, D.C. Millions are expected to visit the National Mall and other nearby points to view the ceremony either in person or via telescreens, watch the parade from the U.S. Capitol to the White House, and more.

I know a lot of polygamists. Covering fundamentalist sects that have broken away from the Mormon Church will do that for you.

Most of the women I talk to who share their husband with other women laugh at me when I suggest they are being used and abused. They tend to tell me they can't imagine a life without their "sister wives" and their husband all together.

Meanwhile, men who are married to many wives tend to tell me they have plenty of love to give to all of them; and they often add, ‘why is what they do worse than a single man who has relationships with lots of women, or a husband who cheats on his wife?’

END_OF_DOCUMENT_TOKEN_TO_BE_REPLACED 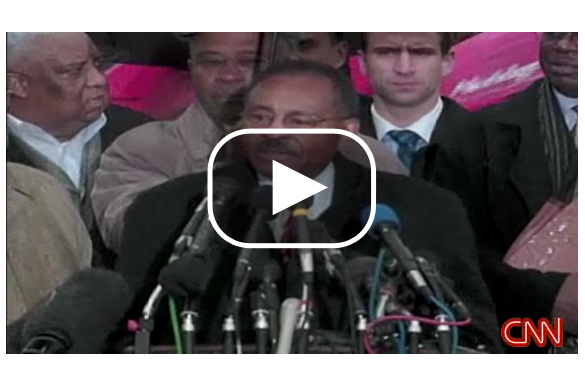 Barack Obama has put on a good show of focusing his pre-inaugural attention on the economy while largely ignoring the rest of the world—especially the Middle East. On Wednesday the president-elect even trotted out some rather quaint logic as to why he was staying away from foreign policy, harking back to the old idea that politics should stop at the water's edge.

"In domestic policy Democrats and Republicans—we can have our back and forth about tax policies," Obama said at a news conference, but "when it comes to international affairs, other countries are looking to see who speaks for America." On "foreign policy I think the need to adhere to one president at a time is particularly important." Challenged by a reporter over what he really thought about Israel's Gaza invasion, Obama said everyone would find out after Inauguration Day.

The number of Americans filing for first-time unemployment benefits dropped sharply last week to a three-month low. Initial filings for state jobless benefits fell 24,000 to 467,000 for the week ended Jan. 3. That’s the lowest level since the week ending Oct. 11, when claims were at 463,000. However, the number of people continuing to collect benefits rose by 101,000 to 4.61 million - the highest level since November 1982. The greatest number of layoffs were reported in Wisconsin, Missouri and Kansas. On Friday, we’ll get the government’s monthly employment report for December, and economists are expecting losses of more than 500,000 jobs.

If retailers were hoping for a respite from a protracted slump in monthly sales, it didn't happen in December. Most of the nation's major chains report a key monthly sales figure today, and the early results are clearly disappointing. Wal-Mart - the world's largest retailer –posted lower-than-expected December sales and cut its fourth-quarter profit forecast. Sears posted a more than 7% drop, while Gap saw sales tumble 14%. Macy’s, meanwhile, reported a 4% drop and said it will close 11 underperforming stores.

END_OF_DOCUMENT_TOKEN_TO_BE_REPLACED

How Bush botched war on terror

President-elect Barack Obama and his foreign policy advisers and speechwriters are wrestling with one of the most important speeches of his presidency, his inaugural address.

One of their toughest conceptual challenges is how to describe and recast what the Bush administration has consistently termed the "war on terror."

The dean of military strategists, Carl von Clausewitz, explains the importance of this decision-making in his treatise "On War": "The first, the supreme, the most decisive act of judgment that the statesman and commander have to make is to establish...the kind of war on which they are embarking; neither mistaking it for, nor trying to turn it into something that is alien to its nature." 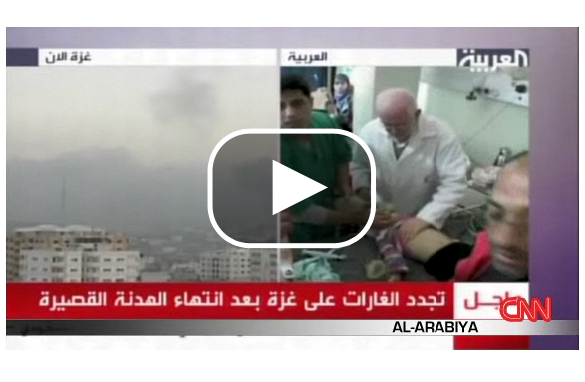