Secretary of State-elect Hillary Clinton celebrates the beginning of 2009 during the ceremony to lower the Times Square New Year's Eve ball in Times Square on December 31, 2008 in New York City. 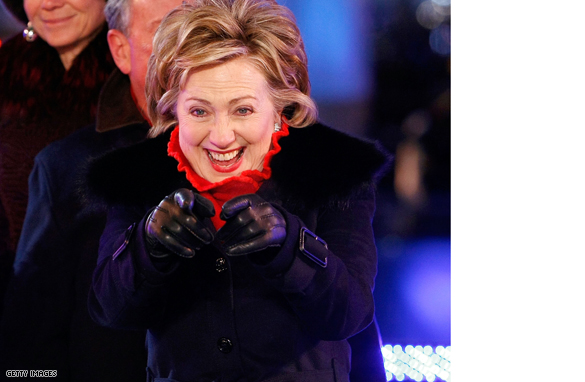