Illinois Governor Rod Blagojevich gestures as he is led out of the room after announcing former Illinois Attorney General Roland Burris as his choice to fill the vacant U.S. Senate seat of President-elect Barack Obama during a news conference in Chicago, Illinois December 30, 2008. 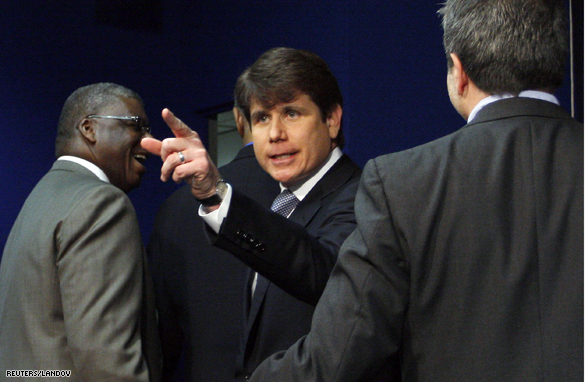