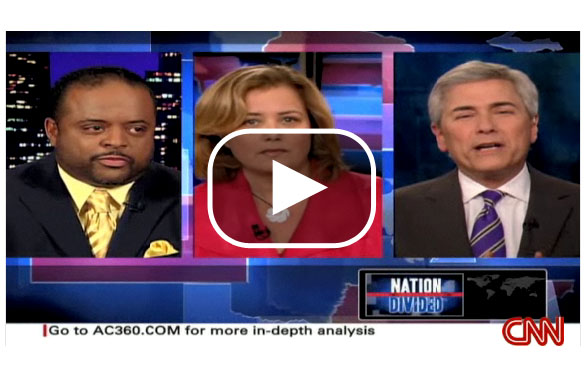 Anderson talks to his panel about Rick Warren's invitation to Barack Obama's inauguration and the controversy behind it.

Some liberal groups and gay rights proponents aren’t happy this morning over P-E Obama choosing pastor Rick Warren to deliver the invocation at the presidential inauguration next month. Warren is a religious leader who has adopted socially conservative views related to gay marriage and abortion rights.

He recently supported Prop 8 which banned gay marriage in CA and had written that the issue of gay marriage is not a political issue, but a moral issue that God has spoken clearly about. Some liberals believe that a more ‘inclusive’ pastor or preacher should have been selected.

P-E Obama’s camp responded by saying “the P-E certainly disagrees w/him on (gay rights) issues. But it has always been his goal to find common ground w/people w/whom you may disagree on some issues”.
What do you make of his choice?

P-E Obama today will name Mary Schapiro as Chairman of the SEC, she would replace Christopher Cox as head of the main watchdog over publicly traded companies when the new Admin takes office in January.

This announcement comes over heavy criticism and embarrassment for the SEC and Cox because no one acted on information that could have prevented one of the biggest fraud cases in Wall Street history, that of Bernard Madoff being charged with leading a $50 bn Ponzi scheme. Meanwhile, it seems hour by hour more victims of this financial scam emerge.

The best Madoff headline spotted yday was: “Get out of Jail Card, proceed to Park Avenue.” He is now under house arrest in his multi million dollar NY apt wearing an electronic montiring device. Under terms of his $10mn dollar bail he is under home detention and curfew 7p-9am.

The investigation continues over how he managed to pull off this scam, did he act alone and why didn’t the SEC spot trouble. Joe Johns will have the latest.

Chrysler announced it will close its US plants for a month, and Ford followed saying it will shut down 10 of its plants for an extra week in January. Michigan didn’t need more bad news, as their jobless rate hit the highest in the nation at 9.6 percent.

After Congress rejected a bailout for the Big 3, the ball is now in the White House’s court and we’re awaiting word on whether or not the Bush Administration will use TARP funds in an effort to stabilize the auto industry. WH press secretary said “a disorderly collapse of the auto industry should be avoided”. We’ll be watching this story from DC today.

Gary Tuchman is going to report from a Chrysler plant just outside of St. Louis tonight, he’ll talk to automakers and get their reaction.

And since many of you responded to my blog snippet from yday that Burger King would market a scent called “Flame” for those who are intrigued by the Eau De Beef – check out this report. 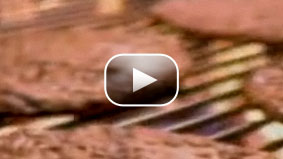