President-elect Barack Obama and Senator Hillary Clinton are seen at a press conference in Chicago, Illinois, Monday. Obama nominated his former rival Hillary Clinton to be the next US Secretary of State, as he unveiled cabinet picks. 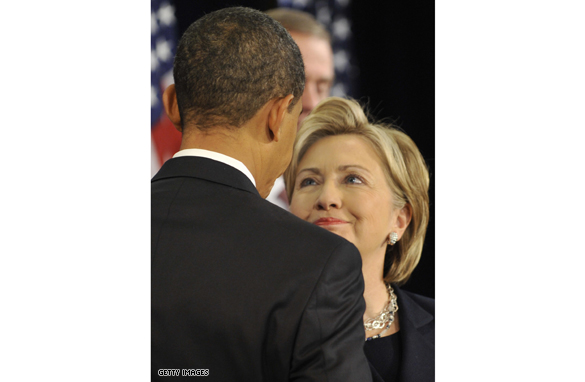