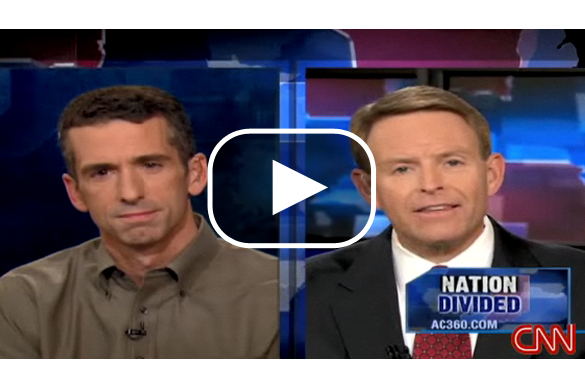 Anderson talks with his panel in a heated discussion over same-sex marriage in light of the passage of Proposition 8.