This small town at sea

It's a small town at sea. That's one way to describe the USS Eisenhower, the majestic aircraft carrier floating off the coast of Virginia and North Carolina.

I was among a group of a dozen Atlantans invited to observe life on a carrier. We spent 24 hours watching F-18s take off and land, chatting with sailors about life on board and getting a feel for the arduous and lonely life at sea.

You can't help but marvel at the ship's architecture, respect its military potency, and revel in the art of teaching pilots how to take off and land on the flight deck.

But what you end up taking away from the visit is respect for sailors and the humbling thought that they are the first line of defense for the United States.

The sailors hail largely from the U.S. working class.

Many are from small towns, and many come from cities. The Navy beckons inlanders. Many of these sailors come from places like Iowa and Oklahoma – regions where kids never saw a beach.

The faces are black, Hispanic, Asian, and white. The sailors are women, as well as men. It's a humble, respectful, and polite crowd.

I saw one living area. Triple beds and tight closet space. These are close quarters and it's in everyone's interest to work and play well together.

The Navy is providing these young people the opportunity to learn trades they never would have had on land.

One fellow I spoke to, from a small town outside Atlanta, said he enlisted in the Navy because there was nothing for him in his town. He signed up and never looked back. Now he is a computer specialist.

Another fellow, from the city of Atlanta, is learning photography. Others plan to segue into management jobs when they return to civilian life.

Our group walked all over the carrier, up and down narrow flights of stairs to our staterooms, to the mess hall, to the flight deck, to the media room, to control rooms.

We saw the medical and dental facilities too. They reminded me of something a former sailor from the Vietnam era told me: the Navy was the first place he received dental care.

The youthfulness of the sailors pops up everywhere. The pilots are in their early 20s and they are the people training to fight our wars.

The people who flag the pilots and the control room personnel are young as well. And their technical acumen is impressive.

I saw some of these young men and women during a break in the mess hall.

They were watching the movie "Caddyshack," a comedy made in 1980 long before every sailor in the mess hall at that moment was born.

That’s a sign that the Navy puts a great emphasis on morale for these young people.

We were there on a Sunday morning, and church services were in full swing.

There was college football Saturday and NFL on Sunday, courtesy of satellite technology. I fell asleep in my cabin under the flight deck watching the Red Sox and the Rays.

The officers we met imparted a great sense of patriotism, pride and esprit de corps.

At our dinner, the commander bubbled with enthusiasm as he introduced the dining staff, one by one.

I think these young sailors were tickled by the attention, and I would be surprised if they will ever forget the adulation.

If we can harness our energy and resources to foster a successful government entity like the Eisenhower, we can do so in other sectors of government.

The young people molded on the Eisenhower would invigorate our public and private sectors.

At one point during the trip, an officer said of the Eisenhower, "you paid for it, you deserve to see it." I saw my investment at work in this small town at sea. 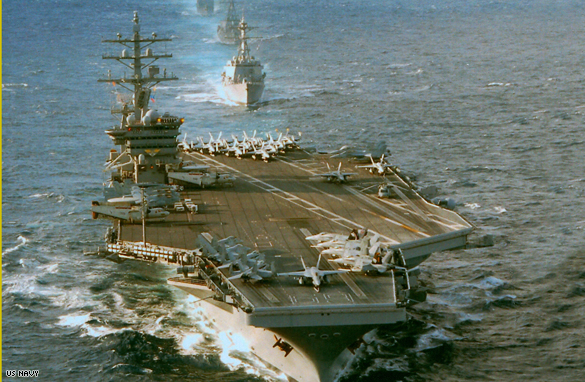 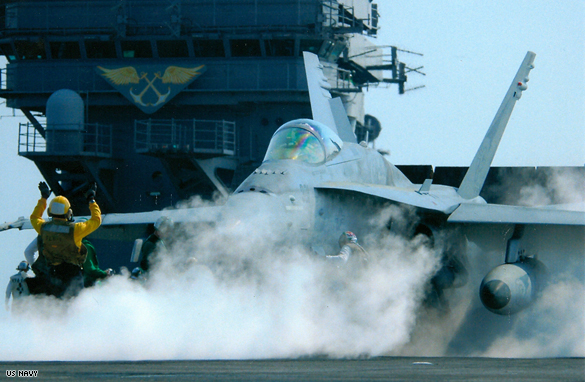 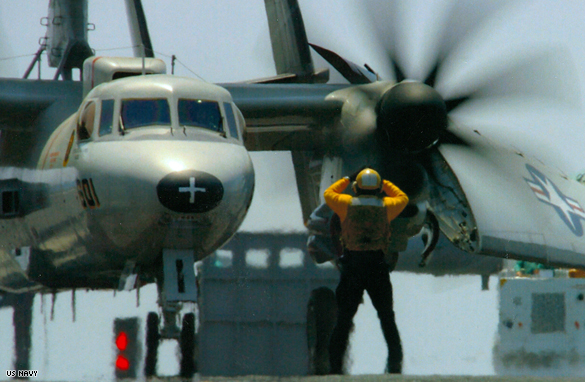