Culprits of the Collapse – #1 You 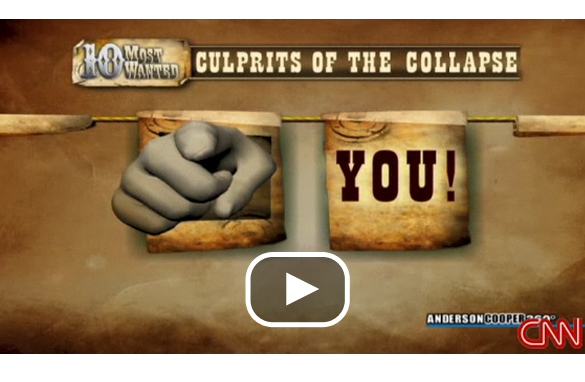 So who is to blame for this financial fiasco?
That’s the question we’ve begun investigating.
We’ve put together a list of the Ten Most Wanted: Culprits of the Collapse.
#1 on our list: This time we look at you, the consumer. CNN's Randi Kaye reports.