My family tries hard to avoid “Made in China” for the same reasons a lot of American families do – especially made in China toys and food. Is there lead in the paint? Is there toxic filler in the feed? It’s hard to know for sure. But now the Chinese government has announced that country’s growth rate is down 2.5 percent from last year – down to 9 percent. I’m not sad yet. But now I'm seeing things in a different light. 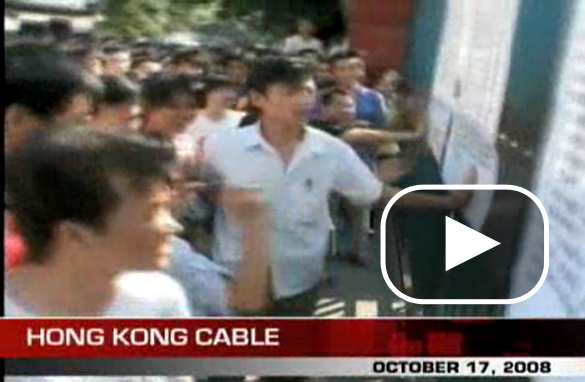 You could say this is China’s problem, not ours. But it’s sad to see. And in this globalized world, one country’s problem has a way of becoming everyone’s problem.

You can watch this piece from our chief China reporter John Vause to get more details on the story and meet a new type of Chinese citizen. He’s called the house slave.